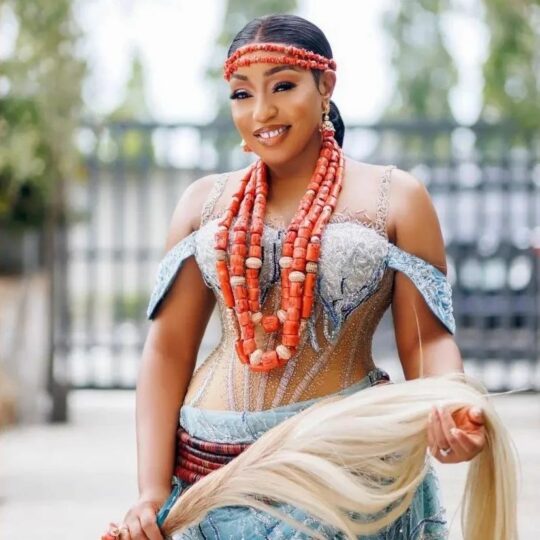 Dominic during the wedding

The wedding was witnessed by several Nollywood stars and was held at the compound of Dominic’s late father.

Dominic is from a royal family, which informed the attire she wore during the traditional wedding.

The actress was born on born 12 July 1975. In 2012, Rita Dominic won the Africa Movie Academy Award for Best Actress in a Leading Role.