Barbie doll for Queen Elizabeth as she clocks 96 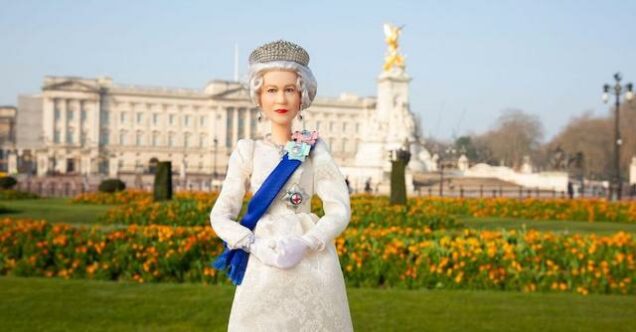 Britain’s Queen Elizabeth, who marks her 96th birthday today, is being honoured with a Barbie doll in her likeness.

The doll is to mark her Platinum Jubilee this year.

Toy maker Mattel said on Thursday it was commemorating the monarch’s 70 years on the throne with a Tribute Collection Barbie doll.

Dressed in an ivory gown with a blue sash adorned with miniature medallions and ribbons, the figure also has a tiara based on the one Elizabeth wore on her wedding day.

Elizabeth, who turns 96 on Thursday, ascended the throne on the death of her father King George VI on Feb. 6, 1952.

She is the longest-ruling monarch in British history.

The doll will be sold in London stores Harrods, Selfridges and Hamleys ahead of official Platinum Jubilee celebrations in early June.