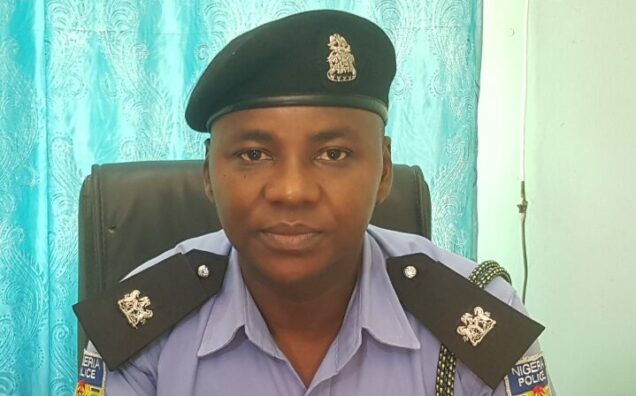 The Police Command in Kebbi said it has arrested five suspected bandits and recovered arms at Bunza, Suru and Dandi Local Government Areas of the state.

The Command’s Public Relations Officer (PPRO), SP Nafiu Abubakar made this known at a news conference on Thursday in Birnin Kebbi.

He said the suspects were arrested on March 30, at about 3:00 p.m, by operatives of the command acting on tip-off.

The suspects, he said, specialised in terrorising communities in Bunza, Suru and Dandi LGAs.

“During investigation, one AK47 rifle, 9 rounds of 7.62X39mm ammunition, one Dane gun, cutlasses and sticks have been recovered from them.

“The suspects have been charged to court for prosecution,” he said.

Abubakar added that a 35-year-old man from Bedi town in Zuru LGA was also arrested for unlawful possession of arms and ammunitions.

“On April 17, at about 6:00 p.m, a bag was given to a driver from Kaduna park to deliver to one Abubakar Maishanu, 35, of Bedi town, Zuru LGA of Kebbi State.

“The said bag was suspected; and subsequently, on April 18, at about 8:30 a.m, the suspect was called to take delivery of the bag and arrested.

“When the bag was searched, five magazines of K2 assault rifle, 30 round of 7.6 2x39mm ammunition and six rounds of 99mm ammunition of Barretta pistol had been recovered.

“In the course of investigation, the suspect confessed to have bought the recovered exhibits from someone at Rigachukun in Kaduna State, investigation into the case is ongoing,” he said.

He reiterated the commitment of the Command to deal with criminal elements, protect lives and property in the state.

The spokesman also urged the people to be law-abiding and provide credible information to the police on suspicious movements and persons in their communities.