Britain to reopen embassy in Kiev May 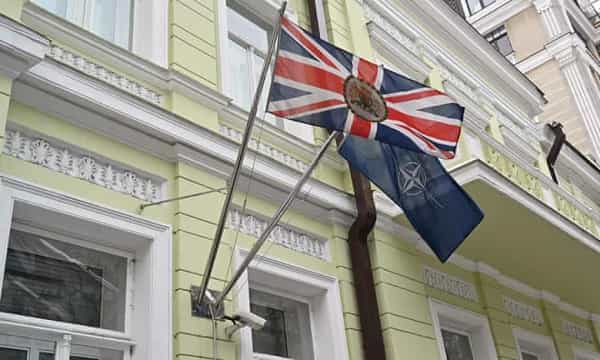 UK to reopen embassy in Kiev May

Britain is to reopen its embassy in the Ukrainian capital, Prime Minister Boris Johnson has announced.

Johnson said on Friday that the diplomatic mission would open its doors in Kiev again from next month.

The announcement followed his surprise visit to the city to meet President Volodymyr Zelensky earlier this month.

It came as diplomats from other European countries have been returning to the capital following an easing of the security situation with the pullback of Russian forces which had been building for an assault.

Britain initially moved the embassy to the western city of Lviv in February shortly before the Russian invasion began.

Foreign Secretary Liz Truss then announced in early March that ambassador Melinda Simmons had left the country altogether due to the “serious security situation.’’

Johnson made the announcement of the return at a press conference in New Dehli where he has been holding talks with Indian prime minister Narendra Modi.