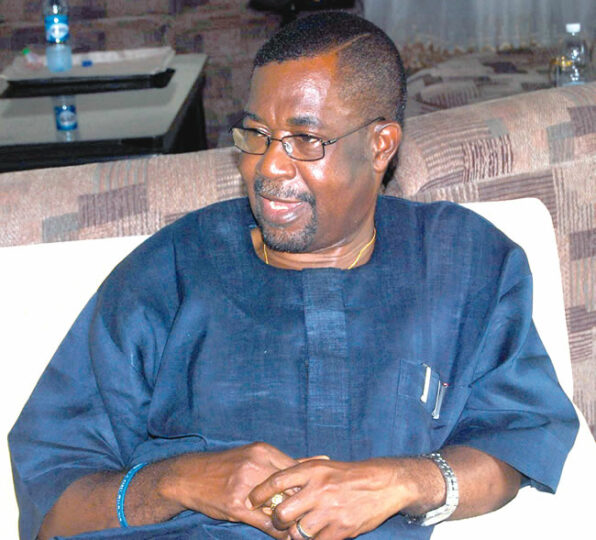 The Forum of the States Chairmen of the Social Democratic Party (SDP) has urged members of the party to disregard the purported suspension of its National Chairman, Dr Olu Agunloye.

The Forum made the appeal in a statement signed by its Chairman, Mr Abubakar Dogara; Secretary, Hon Wellington Odiong; and Leader of the Forum, Amb. Oke Idawene JP; in Akure on Friday.

Agunloye, a former Minister of Power and Steel, was suspended by the Ondo State chapter of the SDP in a letter dated March 28, over alleged anti-party activities.

In the suspension letter, Agunloye was accused of bringing non-party members into the party to cause confusion and disturb the functions of the party executives at both state and local government levels.

The party stated that Agunloye was suspended from his ward (ward 10) in Akoko North-West Local Government Area of the state, following a resolution after a meeting of the ward executives.

According to the forum, those people who suspended the party’s national chairman are not members of the party, “not to talk of being officials of the SDP.”

“Our attention was drawn to a publication credited to the Ondo State Chapter of our great party, the SDP, on the suspension of our National Chairman, Dr Olu Agunloye, by some attention seekers.

“They are rascals hired to distract the party as it’s so glaring that Nigerians have chosen SDP as an alternative political party to vote for in the next general elections.

“The official of SDP is intact and very law-abiding. The constitution of the party 2018 as amended has its provisions on the processes of suspension and or expulsion of SDP financial and legitimate members from the party.

“And from the book of records available to the party, they are no more members of the SDP if ever been,” it said.

The forum chairmen, therefore, directed the newly elected officials of the party in the state to continue with the “good work” of mobilising people into the party, advising them not to be distracted

According to the forum, the National Working Committee (NWC) is focused and does not have time “for such shenanigans and desperados.”

“Moreover, SDP has important activities to attend to, regarding strengthening the party such as the implementation of our last NEC resolutions, sales of nomination forms to aspirants and congresses all in line with the Electoral Act, INEC guidelines and the party constitution,” the forum said.