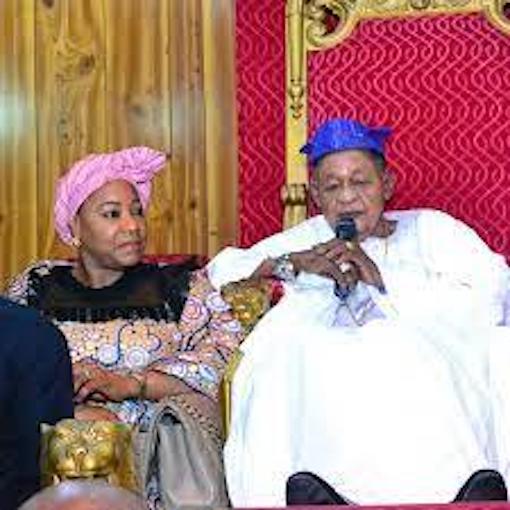 Akande-Sadipe, in her tribute made available to newsmen today, described the late monarch as one of the most revered royal fathers, who had a vast knowledge of Yoruba culture and history.

She said the monarch, who was the longest reigning Alaafin of Oyo, has paid his dues and impacted lives, within and outside his kingdom.

“Kabiyesi, His Imperial Majesty, Oba Lamidi Adeyemi III, was one of the most revered Royal Fathers in Africa and the longest-reigning Alaafin of Oyo, whose life and time was very impactful”, she said.

She described the news of his demise as a rude shock, adding that she is eternally grateful that she was one of the privileged ones to have witnessed his reign.

“I appreciate your wise counsel, as our Royal Father, Kabiyesi”, she said.

She noted that the late monarch contributed meaningfully to the socio-cultural development and economical growth of Oyo State.

The Rep member, who Chairs Diaspora Affairs committee at the green chambers further commiserated with her colleague, Rep. Akeem Adeyemi, the Oloris, other princes and princesses, the entire Oyo palace and Oyomesi, Sons and Daughters of the ancient Oyo town, and residents, Oyo State Council of Obas and Chiefs and Yoruba Monarchs.