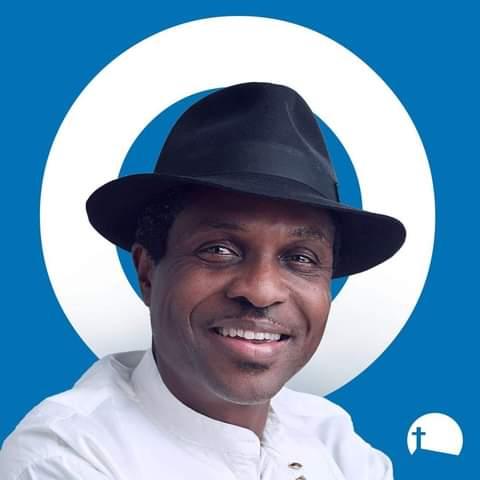 Oil mogul, Tonye Cole has explained how he emerged as the consensus governorship candidate of All Progressives Congress, APC among scores of other aspirants for the Rivers 2023 governorship election.

Cole gave the explanation in obvious response to protests which have greeted his emergence as the consensus candidate by some of the aspirants, including Senator Magnus Abe who was not even part of the process.

Indeed, Abe had earlier warned that he will never support any process that ‘does not conform to democractic tenets’ while rejecting the bid to choose a consensus candidate among the APC aspirants for Rivers APC 2023 governorship ticket.

But in a statement he issued accepting his nomination as the consensus governorship aspirants for River APC in 2023 election, Cole explained the process that led to his emergence.

Cole who was also the APC flag bearer in 2019 tried to demonstrate that the process of choosing a consensus candidate was agreed to by all aspirants.

Good morning my dear APC family. As many of you would have learnt by now, our great party has adopted me as the consensus candidate for the 2023 Gubernatorial election. This decision did not come lightly and was heavily debated. Many lessons were learnt from my emergence as the flag bearer in 2019, the primary one being erroneously labeled as an imposition on the Party by our leader, Rt. Honourable Chibuike Rotimi Amaechi.

To avoid any such controversies this time around, all the persons interested in contesting the position were asked by the Party to carry out wide consultations with stakeholders and an agreement was reached for a committee that would NOT include the leader to critically analyze each aspirant and arrive at a consensus candidate that is best suited to achieve the Party’s vision and for the sake of its unity and progress.

To achieve the above purpose, all 12 aspirants were invited to a meeting on Friday 22nd April, where 19 key party elders and leaders, including the party Chairman Chief Emeka Beke, were tasked to arrive at a consensus candidate for the party.

Some others present included Sen. Andrew Uchendu, Chief Sam Sam Jaja, Chief Victor Giadom, HE Amb. Oji Ngofa, HE Amb. Maureen Tamuno, HE Aleruchi Cookey-Gam, Hon. Onari Brown, Hon George Tolofari to name a few. The Honourable Minister categorically stated that the committee was fully at liberty to arrive at any aspirant they deemed best suited and he would abide by their recommendation.

All aspirants affirmed an earlier signed declaration to stand by any candidate the Party endorses and the Committee asked all of us, including the Honourable Minister, to depart for our various houses until a decision was made. About two and a half hours later, we were called back to the venue of the meeting to get the verdict.

I want to use this medium to thank the Committee for an unbiased assessment that ended up putting me forward as the consensus candidate. I am not in any doubt that it took tremendous bravery for them to make this decision in the face of serious pressure, especially as my co-aspirants are all imminently qualified for the job.

I am very mindful that it could just as easily be any one of them speaking to you in my place right now. For this reason, I am humbled by the incredible burden laid upon my shoulders to unite the party and reassure everyone, especially the other aspirants and those aggrieved by this decision that I will work assiduously for an all inclusive Party.

The work ahead of us is immense but the path to victory is much clearer today than it was yesterday. We must therefore agree to stand as one body and work together to deliver APC in the forthcoming elections in order to give our dear Rivers State a new lease of life through purposeful and progressive governance that will bring about social cohesion and economic prosperity.