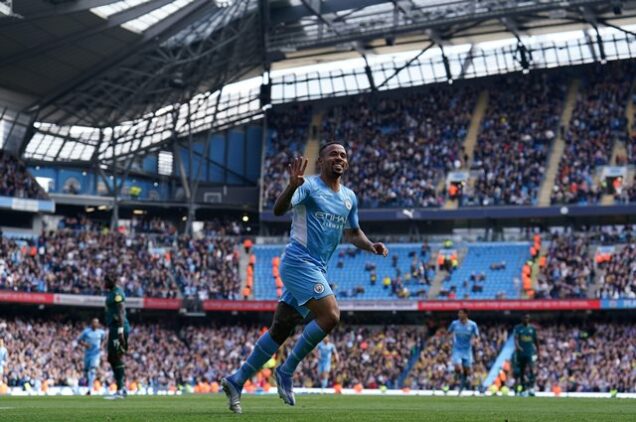 City opened the scoring four minutes after Oleksandr Zinchenko played a pass to the feet of Gabriel Jesus and he shot low into the back of the net from inside the box.

Jesus doubled City’s lead on 23 minutes after a perfect lofted pass from Kevin De Bruyne found him and he jumped highest and steered a close-range header into the left side of the goal. His effort was both strong and precise, and Ben Foster had no chance of stopping the ball.

Emmanuel Dennis teed up Hassane Kamara on the edge of the box and he fired the ball into the bottom right corner to make the score 2-1.

City responded on 34 minutes to make it 3-1.
A good lofted pass from Jesus found Rodri on the edge of the area. He collected the ball and ripped in a wonderful shot which ended up in the top left corner.
Immediately after the break, Jesus got his hat-trick through the penalty spot. He lashed the penalty into the bottom left corner, giving the keeper no chance to make it 4-1.
Jesus got his fourth goal for City on 53 minutes. He was put through by Kevin De Bruyne and he showed brilliant composure inside the box to fire into the right side of the net.
Tags:   Gabriel Jesus   Manchester City   Watford