We have lost our father: Makinde reacts to Oba Adeyemi's death 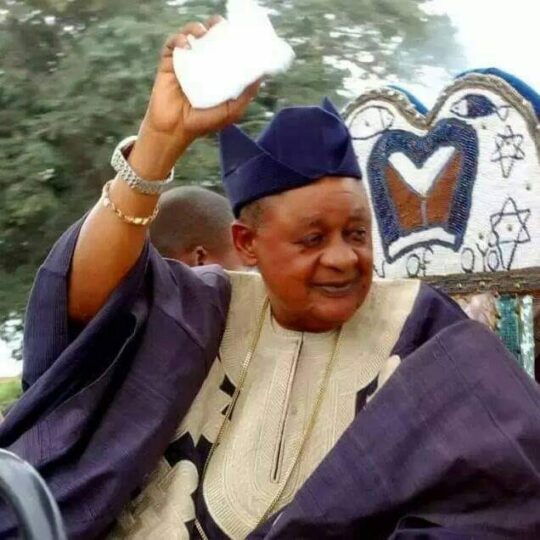 Governor Seyi Makinde of Oyo state on Saturday, declared the death of the Alaafin of Oyo, Oba Lamidi Olayiwola Adeyemi III, as a huge loss to the state, Nigeria and the Yoruba race.

The governor, who described Oba Adeyemi’s death as a personal loss, noted that Oba Adeyemi was an ever-supportive royal father and a worthy leader.

Makinde said the late monarch spared nothing in trying to make Oyo State and Nigeria greater.

Makinde has sent condolences to the Oyo State Traditional Council, the Oyomesi, Oba Adeyemi’s immediate family, the people of Oyo Kingdom and the entire Yoruba race.

He prayed God to grant repose to the soul of the departed monarch.

“I have been informed about the death of our father, His Imperial Majesty, Iku Baba Yeye, Oba Lamidi Olayiwola Adeyemi III.

“I express heartfelt condolences to the Oyo State Council of Obas and Chiefs, which Oba Adeyemi chaired for decades, the Oyomesi and the entire people of Oyo Kingdom.

“I equally commiserate with the Oloris, children and entire Adeyemi family on the demise of their patriarch and worthy father.

“Kabiyesi’s departure is a huge loss not only to Oyo State, to which he committed 52 years of his life as the Alaafin of Oyo Kingdom, but also to Nigeria and the entire Yoruba race.

“Oba Adeyemi was our last man standing in the rank of most eminent royal fathers with long years of leadership.

“He became a golden king, an institution and an authority rolled into one by virtue of his immense experience, wisdom and understanding of Yoruba history, royalty and politics.

“Oba Adeyemi not only elevated the Alaafin throne with his knowledge and wisdom, he became a worthy exemplar for royal leadership in Africa and brought glory to Oyo State and Nigeria. Kabiyesi never spared anything in his strive to make Oyo State greater and to bring about the Nigeria of everyone’s collective dream.

“Personally, Kabiyesi’s death is a great loss to me, because he proved to be a worthy father and had been ever so supportive of our government.

“His words of advice and guidance were always golden and helpful.

“It is my prayer that God accepts Kabiyesi’s soul into Aljanah Firdaus and uphold everyone and everything he left behind.
“Good night, Iku Baba Yeye!”