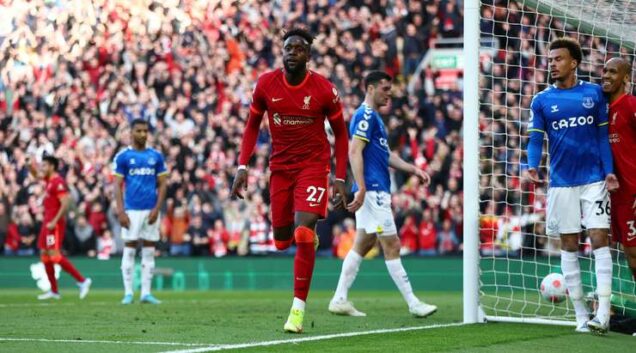 Liverpool confirm departure of Origi, 6 others

Liverpool have continued to keep a tab on Manchester City after beating Everton 2-0 on Sunday at the Anfield Stadium.

City opened four points gap on Saturday, but Liverpool’s win against Everton reduced it to one point.

After a goalless first half, Liverpool broke Everton’s resilience, as Andrew Robertson opened the scoring for the homers.

Mohamed Salah picked out Robertson in the box with a decent cross, and he scored in the right side of the goal with a header from close range.

Five minutes to duration time, Liverpool got the second goal to pile more pressure on City.

Luis Diaz found Divock Origi and he showed great determination to get to the ball and planted a header into the back of the net.