Umahi warned against imposition of governorship candidate on APC 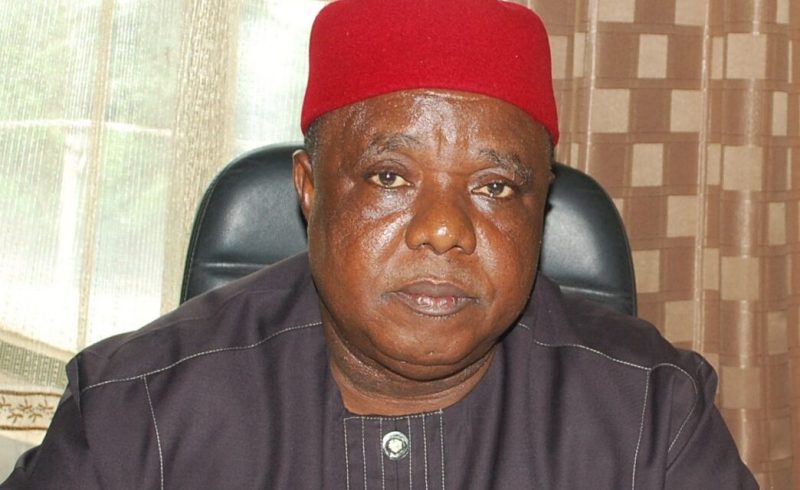 A governorship aspirant on the platform of the All Progressives Congress (APC) in Ebonyi, Elias Mbam, has warned that the move by Gov. Dave Umahi to impose Francis Nwifuru, the Speaker of the House of Assembly will lead to implosion of the party.

Mbam said this while reacting to claim that Gov. Umahi had endorsed Nwifuru as his successor and APC candidate for the 2023 governorship election in Ebonyi.

Umahi announced Nwifuru’s endorsement as APC’s gubernatorial candidate on Friday , at the burial of late Chief Dandy Igweomoke, father of Mrs Chioma Nweze, Commissioner for Trade and Investment, according to News Agency of Nigeria

But while speaking at a new conference in Abakaliki on Sunday, Mbam, who is the chairman of the Revenue Mobilisation, Allocation and Fiscal Commission (RMAFC) said that Umahi’s endorsement and adoption of Nwifuru could cause an implosion in the party and mar its chances of electoral victory in the state in the forthcoming general elections.

Mban noted that the Electoral Act, APC’s Constitution, and indeed other extant documents on elections in Nigeria did not make provisions for the imposition of aspirants on any political party.

According to him, the unilateral decision did not receive the approval of critical stakeholders of the party, and therefore will not be accepted.

“I heard the statement like every other person; I wasn’t at the venue where the statement was made, and I haven’t been communicated on that.

“But, I’m concerned and worried as a critical stakeholder of our party because if the statement is correct, it means he has closed the political space against potential aspirants.

“Though forms have not yet been sold, I do not think it is good for our party.

“INEC and the party have emphasised that there should be no imposition of candidates.

“If in the disguise of anointing or endorsement, a candidate is imposed on the party, it will not be in the interest of the party.

“And it will close the space against other aspirants, and we will run the risk of losing the 2023 election,” Mbam said.

The RMAFC chairman urged the governor, as the leader of APC in Ebonyi to allow a level playing field for all the aspirants in the race for the party’s governorship ticket.

” I expect, as the father of the party, he will give every child equal opportunity, and allow the people to determine who becomes their governor,” he added.

The aspirant, however, assured that the alleged endorsement and adoption of the speaker would not deter him from pursuing his dream to become the next governor of the state.

“The endorsement will not stop my aspiration, I’m still in the race, I’m consulting with stakeholders across the state.

“By education, work experience, and social contacts with people across the country, I am very qualified to lead our state.

“I have always indicated my interest to serve my state, and I’m well prepared for this service.

“I don’t think that, among those who have indicated interest, there is anyone who knows the state more than I do,” Mbam said.