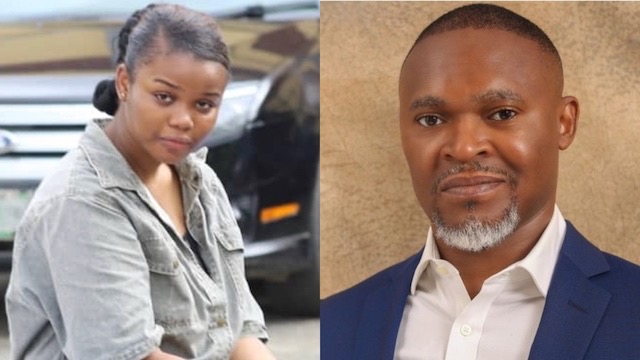 Two representatives of Access and GT Banks took the statements of account of the Chief Executive Officer of Super TV, Usifo Ataga to court on Monday.

The documents were to serve as evidential documents in the murder trial involving Chidinma Ojukwu.

However, when the matter was called at the Lagos High Court sitting at the Tafawa Balewa Square, Chidinma’s counsel, Onwuka Egwu, objected to the tendering of the document.

Egwu objected that the defence was been taken by surprise.

He noted that the Access bank statement sought to be tendered was different from the account details already tendered to the court as an exhibit.

This prompted the Counsel to the Lagos State Government, a Deputy Director of Public Prosecution, Adenike Oluwafemi, to ask the court to grant a short adjournment to enable her to cross-check and tidy her documents.

Justice Yetunde Adesanya thereafter adjourned till Tuesday, April 26, for the continuation of the trial.

Miss Ojukwu and Quadri, both key suspects in the alleged murder Ataga, were arraigned before the court in October last year.

The murder was said to have been committed in a service apartment in the Lekki area of Lagos State.

The duo was arraigned by the Lagos State Government alongside a third defendant, Chidinma’s sister, Chioma Egbuchu on a nine-count charge bordering on conspiracy, murder, forgery, stealing, and being possession of the stolen property.

They all pleaded not guilty.