Video: PDP would have given Tinubu automatic ticket - Bala Mohammed 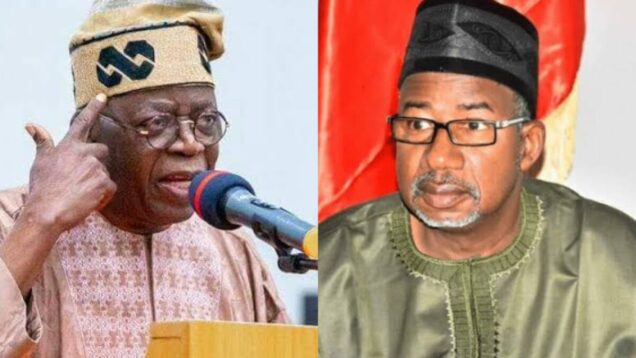 Bauchi State Governor and presidential aspirant, Bala Mohammed on Monday said if Asiwaju Bola Tinubu were to be in PDP, he would have gotten the party’s ticket automatically.

The duo met at the breaking of fast dinner with Aisha Buhari at the weekend.

Speaking on Arise TV, Mohammed said when he met Tinubu at the event, he was calling him consensus.

He said he told Tinubu that if he were to be in PDP, he would be given an automatic ticket to contest the presidential election.

“I was luck I met Bola Tinubu, he was calling me consensus and I told him that if he were in PDP, PDP would have just given him the ticket because we knew that without you Buhari would not have been president and in PDP, we recognise contribution.

“You see, we have some people in Nigeria that we must recognise and definitely it was a good outing for me yesterday because the First Lady is a unifier and she has shown that she is a mother of the nation,” he said.