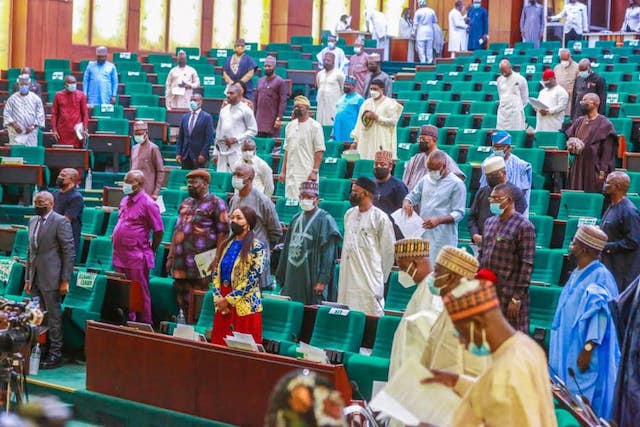 The House of Representatives has queried First Bank over N94.345 billion revenue collected on behalf of Nigeria Customs Service (NCS).

The House also queried the First Bank management over allegation of breach of agreement on Cash on Transfer (CoT) charges to the tune of N28.3 million.

Rep. Oluwole Oke, the Chairman, House Committee on Public Accounts, queried the management during the investigative hearing into the audit queries issued by the office of the Auditor General for the Federation (oAuGF)

The lawmaker acknowledged receipt of the amended report submitted by First Bank with respect to the additional sum of N9.4 million.

Oke said that the Bank was invited to respond to the oAuGF audit query that the NCS was over-charged by the banks in area of CoT.

He said that presentations made by representatives of some banks including First Bank were found to be at variance with the agreement signed by NCS authorities.

According to the oAuGF’s query, First back in an MoU charged 30k and other commissions amounting to N1.3 billion, thereby raising the commission to N1 as against the 30k originally charged.

Mr. Shehu Aliyu, who led the First Bank Executive Director said that the Bank ought to collect 30k per N1,000 as stipulated in the Memorandum of Understanding (MoU) signed by both parties.

He said that in addition to the 30k charge, there was another charge of 10k for Interswitch, adding that the Bank had during the last public hearing, informed the Committee of its plan to tender a new report to reflect the new 10k charge.

He added that the net remittance on daily basis aggregated to N94.345 billion.