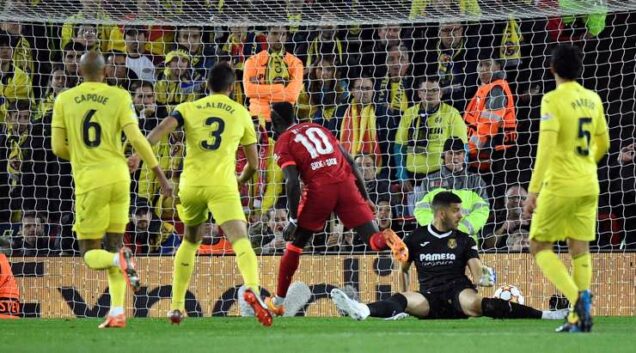 Liverpool beat Villarreal 2-0 on Wednesday in the first leg of their Champions League Semi-final clash to put one leg in the final.

Despite throwing in everything in the first half, Liverpool could not move the resilient defence of the visitors at Anfield.

But the homers opened scoring on 53 minutes after an own-goal by Pervis Estupinan.

The Villarreal player was unlucky to score an own goal attempting to intercept a cross.

Two minutes later, the Reds added the second goal to seal victory at Anfield and will not be under two much pressure in the second leg in Spain.

Sadio Mane was the scorer of the goal. He received a precise pass inside the box from Mohamed Salah and he beat the goalkeeper with a neat finish into the bottom right corner.