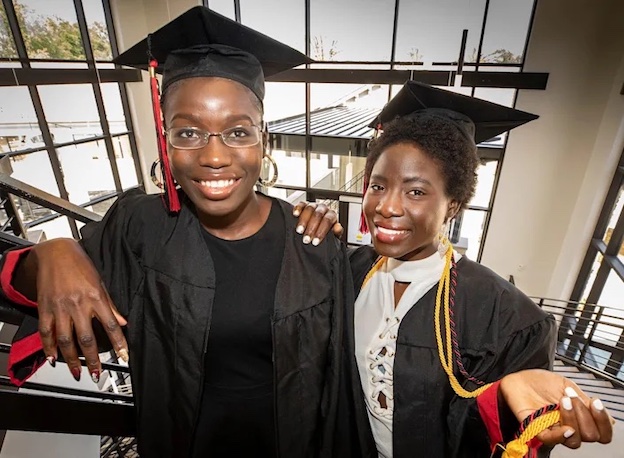 Joy Bishara and Lydia Pogu who escaped an abduction by Boko Haram in Chibok, Borno state in 2014 will receive master’s degrees from Florida’s Southeastern University on Friday.

The women were among the over 200 Chibok schoolgirls kidnapped by Boko Haram in April 2014. Over 100 of them have not returned.

The abductions spawned a worldwide condemnation and a social media campaign using the phrase, #BringBackOurGirls.

Bishara and Pogu escaped and eventually found refuge in the United States.

Southeastern University leaders offered scholarships to the women as they finished high school.

Bishara and Pogu received bachelor’s degrees in the fall of 2021.

She will be the student commencement speaker.

She plans to work for a nonprofit organization and study for the LSAT so she can eventually enroll in law school, Southeastern said in a news release.

Bishara plans to work in a hospital setting as a social worker after graduation, the release said.