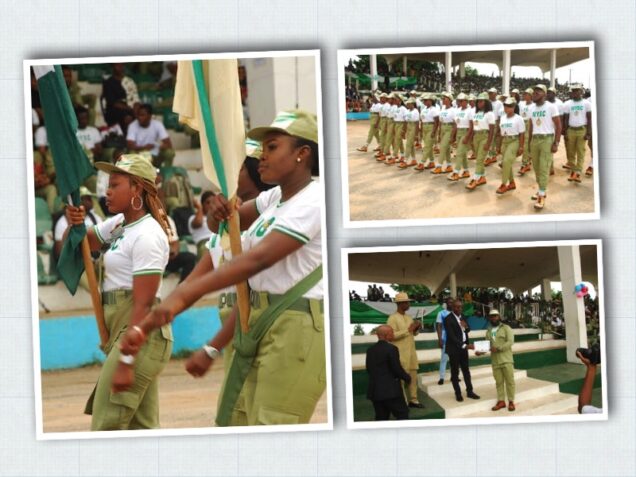 The National Youths Service Corps (NYSC) has sanctioned 27 corps members in Ondo State for contravening the rules guiding the scheme during their service year.

The NYSC Coordinator in the state, Mrs Victoria Ani, stated this during the passing out ceremony for the 2021 batch ‘A’ (Stream two) corps members on Thursday in Akure.

She said 1,260 corps members passed out of the service, while three would receive Chairman’s commendation certificates with another three receiving state honours.

Ani called on the corps members to be good ambassadors and eschew acts of arrogance if they wanted to achieve in life.

“I want to remind you that during the orientation course, you were adequately informed that NYSC will reward excellent and outstanding ‘ performance during the service year.

“Likewise, the scheme wields a big stick against recalcitrant members of the service corps who fall short of expected behaviour and performance.

“Consequent upon this, out of 1,260 due to pass out of service today, three corps members who distinguished themselves extraordinarily have been rewarded with State Honours Award while three others will have NYSC Chairman’s Commendation Certificates.

“Thirteen corps members would have their service extended for various misdemeanours while 14 corps members who absconded from service would have to repeat the service subject to the approval of Directorate Headquarters, Abuja,” she said.

In his remarks, Gov. Oluwarotimi Akeredolu urged the corps members to always render assistance to security agencies for a safer society.

Akeredolu, represented by the Commissioner for Sports and Youths Development, Chief Dele Ologun, gave assurance that the state government would always provide security to corps members who chose to stay behind.

“The legacies you are leaving behind will continue to remain fresh in the memories of these communities for a very long time to come.

”As you are all aware, one of the greatest problems staring us in the face as a nation is insecurity.

“Security should not be left for the government alone. Your personal security should be your priority whether you are staying back in the Sunshine state or you are returning to your home states.

“Above all, let me use this opportunity to advise you to give information that will assist our security agencies to tackle the problems of insecurity in our country,” he said.