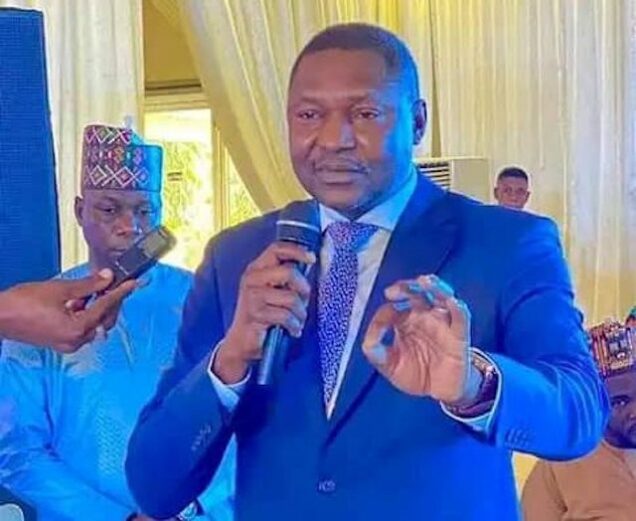 Minister of Justice and Attorney-General of the Federation (AGF), Abubakar Malami, said he has accepted calls from Kebbi people to run for the office of the state governor under the platform of the All Progressives Congress (APC).

Malami announced the acceptance in Birnin Kebbi on Thursday, at an interactive session with APC stakeholders in the state.

“People from the state have been pressuring me to contest the governorship position in 2023.

“Going by my proper upbringing as the son of an Islamic teacher, I will not show interest to contest for any position or judge myself qualified for any position except the people of the state want me to.

“I have contributed a lot to the country and also to the state in areas of employment generation, fight against poverty, agricultural revolution and women empowerment,’’ he said.

“We pray for Allah’s guidance and assistance and may the answer to your demands be the continuous development of the state,’’ he said.

Gov. Atiku Bagudu urged party leaders not to relent in pursuing a resolution to bring aggrieved members back into the APC fold.

Bagudu called on the youths to emulate the humility of Malami as the son of an Islamic teacher.

“May Allah bless Malami, and we thank Almighty Allah for your contributions to the people of the state as an upright person, we will continue to pray for you,” he said.

Other are the association of former members of the State House of Assembly – N5 million and friends and associates of Malami, N50 million.