Jurgen Klopp commits to Liverpool till 2026 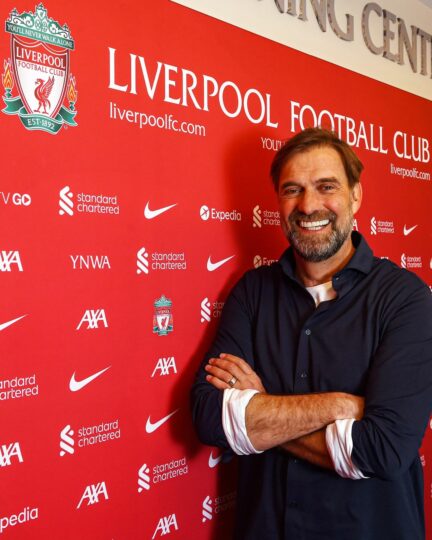 Jurgen Klopp commits to Liverpool till 2026

Liverpool manager Jurgen Klopp will remain a Red till 2026 after he signed a new contract, the Premier League club announced on Thursday.

The German, whose previous deal was due to expire in 2024, said he was “delighted, humbled, blessed” to have signed the deal.

“There is just so much to love about this place,” he added. “I knew that before I came here. I got to know it even better after I arrived and now I know it more than ever before.

“Like any healthy relationship, it always has to be a two-way street — you have to be right for each other.

“The feeling we were absolutely right for each other is what brought me here in the first place and it’s why I’ve extended previously.”

Liverpool are chasing an unprecedented quadruple of trophies this season. They have already won the League Cup and face Chelsea in next month’s FA Cup final.

The Reds are just one point behind Premier League leaders Manchester City with five games to go and are 2-0 up after the first leg of their Champions League semi-final against Villarreal.