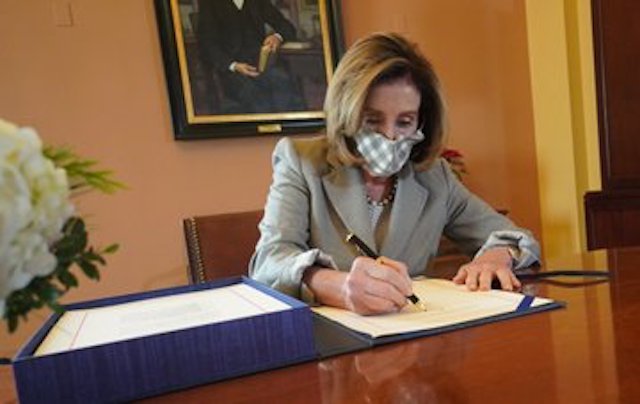 The U.S. House of Representatives unanimously passed legislation on Wednesday calling on the State Department to submit a plan to help Taiwan regain its observer status at the World Health Organization (WHO).

The bill seeks to boost the island as it faces pressure from China.

The House passed the bill 425 to 0, sending it to the White House because it passed the Senate in August.

Taiwan is excluded from most global organizations such as the WHO, the U.N. health agency, because of the objections of China, which considers the island one of its provinces and not a separate country.

The measure directs the Secretary of State to establish a strategy for obtaining observer status at the World Health Assembly, the decision-making body of the WHO.

Taiwan was stripped of that status in 2017.

Urging support for the bill, Democratic Representative Gerry Connolly praised Taiwan’s response to the COVID-19 pandemic, noting that it had only 37,000 confirmed cases despite a population of 23.5 million, and that it shared expertise and donated protective equipment internationally.

“Taiwan’s leadership and contribution to global health security demonstrate why it ought to be part of the general conversation on public health,” he said.

Taiwan has raised its alert level since the Russian invasion of Ukraine, wary that Beijing might make a similar move on the island, though it has reported no signs this is about to happen.

Similar concerns have fuelled efforts in the United States to support Taiwan, such as increasing its participation in international organizations like the WHO.