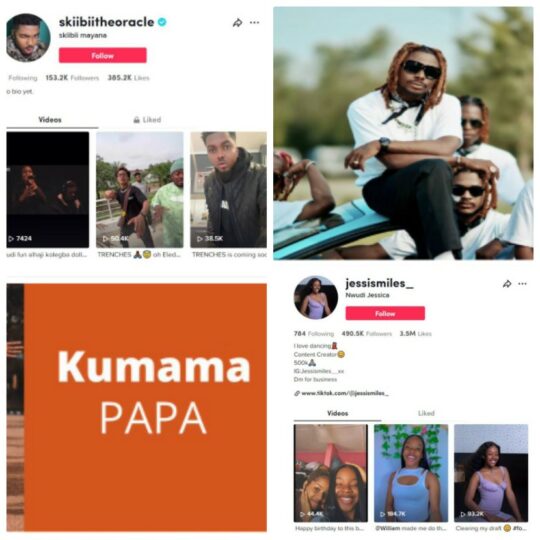 Skiibii Has a Creative Renaissance On TikTok

Since Nigerian singer, Skiibii, began the year with his Davido-assisted remix of “Baddest Boy,” he has been on a massive wave with his use of TikTok playing a big role in engineering his music success. On the platform, Skiibii shares videos of himself performing dance routines to his hit tracks as well as sharing live vocal content which currently sits at over 150K. Presently, he has received over 385K likes across his videos.

The feeling that TikTok inspires amongst its community in Nigeria is a feeling of wonder and experimentation; no person quite brings that to life as dancer Jessismiles_ does. Jessi is known for her high-octane dance styles that give distinct interpretations to Afropop songs. In addition to this, Jessi collaborates with other TikTok creators, such as SoftMadeIt, and puts her own unique spin on popular street pop offerings. Presently, Jessi has a following of over 492K and has received 3.5M likes across her videos.

The #KumamaPapa sound by Nigerian Christian/Gospel Artiste Prinx Emmanuel & Grace Lokwa featured on TikTok and has been used by several Nigerian celebrities including Josh2funnny and EmmaOMG. Since going viral in Nigeria as well as South Africa, it has seen over 177K videos published under the hashtag and has garnered over 5.9 million video views. The sound has been used to showcase growth in the life of creators taking part.

#Sungba became popular in Nigeria thanks to a track of the same name by Nigerian breakout singer, Asake. Since releasing his debut project, Ololade Asake, in February, “Sungba” has become one of the most popular songs in the country. That has made it a TikTok staple with over 200K videos that have been published under this trend and over 20 million video views.