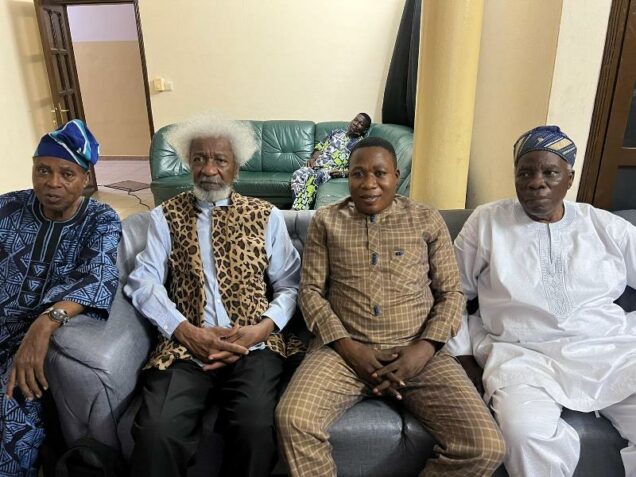 Soyinka with Igboho and Akintoye in Cotonou

The Nobel Laureate entered Cotonou through the Seme Border to the admiration of well-wishers.

Photos released during the visit showed Soyinka with Igboho and another Yoruba Nation agitator, Prof. Banji Akintoye and one of Igboho’s sympathisers.

Igboho was arrested in Cotonou on July 20, 2021, while trying to flee to Germany as the Nigerian government had declared him wanted.

He was arrested with his wife, Ropo, who was later released. Igboho spent eight months in prison before he was released by the Benin Republic government, but he is not allowed to leave the country.

Igboho had been at the forefront of agitation for the Yoruba Nation in Nigeria until his house was invaded by the Department of State Services (DSS) in Ibadan. He managed to flee while some of his aides were killed and others arrested.