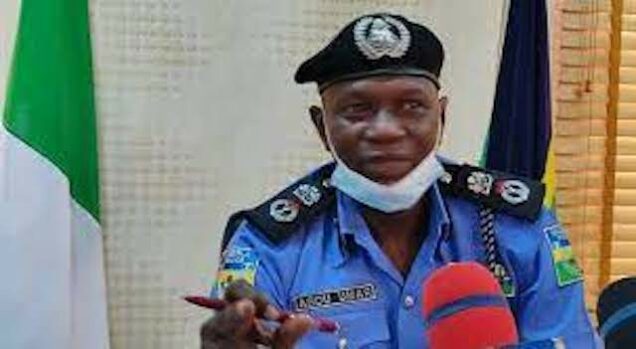 The Police in Borno have imposed a six-hour restriction on vehicular movement in Maiduguri metropolis, as part of measures to ensure security during the Eid-el-Fitr celebration.

The restriction would be observed from 6:00 am to 11:00 am tomorrow in Maiduguri and its environs.

Spokesman of the Command, ASP Sani Kamilu said the measure was not only for security reason, but also to facilitate free movement to and from prayer grounds.

The statement urged Muslim faithful to be at the various prayer grounds as early as possible to avoid congestion, and advised parents to cautioned their wards against constituting nuisance during the celebration.

“The Commissioner of Police, Borno State Command, Mr Abdu Umar felicitates and rejoices with the Muslim community throughout the state on the occasion of this year’s Eid-el-Fitr.

“He further ordered that security be strengthened across the state capital and its environ before, during and after the Eid celebration,” the statement said.

It said that the CP had directed all the Formation Commanders, Divisional Police Officers, Operational Commanders and all other tactical units of the force to ensure visibility patrol, crowd control and implementation of robust anti-crime prevention and control strategies in their respective areas of responsibilities to ensure adequate security of lives and property.

“They are also to beef up security in the entire link roads, entry and exit points, major highways, city centres, places of worship, recreational centres, government installations and other strategic locations in their areas.”

Umar advised members of the public to cooperate with policemen deployed to control traffic in city centres during the festive period.

He also warned police teams on stop and search as well as other crime prevention duties to be courteous, professional and avoid acts that may bring the Force to disrepute.

“To this end, the Commissioner of Police is hereby imploring members of the public, especially travelers and other road users to cooperate with police personnel deployed on the highways and other duty posts across the state,”

“The CP enjoins them to be security conscious, vigilant and report any suspicious incidents or happenings observed in their neighborhood to the nearest police station considering the security threats in the state,” the statement added.