Why Rivers PDP may be barred from 2023 governorship poll – Dokubo 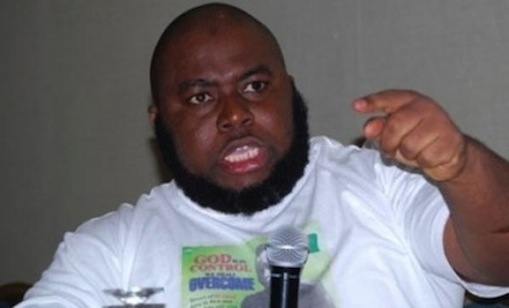 Former Niger Delta agitator, Asari Dokubo has warned that the Peoples Democratic Party, PDP may end up not having a candidate in Rivers 2023 governorship election.

Dokubo warned that the party has been put in a precarious situation by Governor Nyesom Wike for instigating the arrest and detention of Farah Dagogo, a federal lawmaker representing Bonny-Degema federal Constituency and governorship aspirant of PDP.

Dokubo pointed out although Farah Dagogo is not his friend anymore as they have not been on speaking terms, he must voice out the truth by condemning Wike’s action which according to him, is a clear case of persecution of the lawmaker for holding a different political opinion.

Dokubo pointed out that since Governor Wike controls the PDP structure, he should have allowed the lawmaker to be screened by the PDP zonal screening committee so that he can test his popularity at the state primaries.

He argued that Dogogo has the right to aspire to any political position just like the Governor and hold dissenting views.

He pointed out that PDP may end up not having a Governorship candidate if Dagogo sues the party for unlawful exclusion from being screened to participate in the electoral processes.

“Wike does not think of tomorrow. Farah Dagogo is not my friend. We parted ways a long time ago and hardly communicate but what is wrong, is wrong. It’s Farah Dagogo today. It might be me tomorrow. That’s why we must stand up and condemn evil”

Dokubo also warned governor Wike to desist from using state power to intimidate those who refuse to bow to him, adding that it might be his turn tomorrow.

He cautioned the Governor to note the he is in power now but should also keep at back of his mind one day he will leave like others have done.

He stressed that Wike’s preemptive action against Dagogo is based on fear of the unknown, hence, his use of the state’s apparatus to exclude him from screening to checkmate his political ambition.

Wike had accused Dagogo of being a cultist and sponsoring suspected cultists to disrupt the screening committee of PDP from screening Aspirants vying for State and national assemblies and declared him wanted.

This allegation was however denied by the lawmaker saying that he was ready to honour the Police invitation if invited.

But Dagogo was subsequently arrested at the gubernatorial screening center and charged before a Magistrate court where he was remanded in police custody till May 9.

The lawmaker’s arrest has triggered condemnations across political lines in and outside the state.

Opposition All Progressives Congress, APC chieftains like Dr Dakuku Peterside have joined in condemning it as another “high-handedness of the Wike’s administration”.