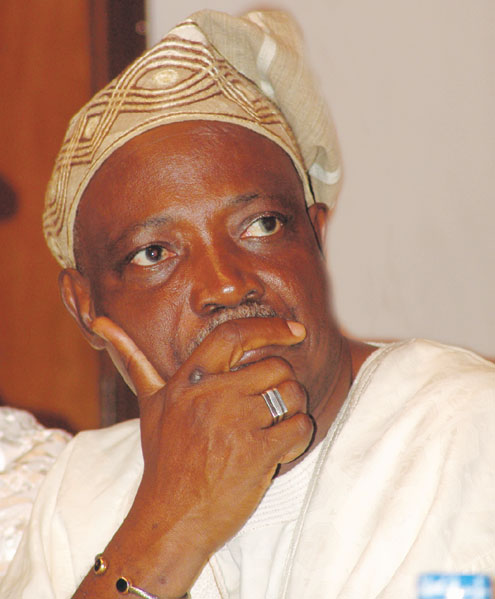 Former Governor of Oyo State, Rasheed Ladoja, has decried the exorbitant fees charged for nomination forms by the two major political parties in the country, saying it would encourage corruption.

Ladoja made the disclosure on Monday while fielding questions from journalists at his Ibadan residence.

Ladoja, the Osi-Olubadan of Ibadan joined other Muslims to observe the Eid prayers at University of Ibadan Central Mosque.

He said the high cost of nomination form charged by the ruling All Progressives Congress(APC) and Peoples Democratic Party (PDP) would have negative effect on the nation’s economy.

He said that the arrogance of the two political parties would force politicians to embezzle public funds, saying its candidates should be picked based on their manifesto and not money.

Ladoja faulted claims by the parties that the exorbitant fee would separate contenders from pretenders, saying they were only encouraging their candidates to go steal public funds when elected.

The former governor said that the arrogance of the two parties would drop if other parties win election in some states.

“These parties should understand that they are not the masters, but the people. They are just stampeding people thinking that they would vote for them either they like or not,” he said.

Ladoja urged the political parties to imbibe the lessons of Ramadan in their activities as political activities commenced in the country ahead of 2023.

He said that Ramadan taught the people to imbibe tolerance, love, giving and sacrifice, saying such if imbibed would promote healthy competition as well as peaceful coexistence.

The Ibadan Chief enjoined the people to live in harmony, while adhering to their righteous deeds during the Ramadan period