Heart-rending story of Ukrainian evacuated from bunkers of Azovstal 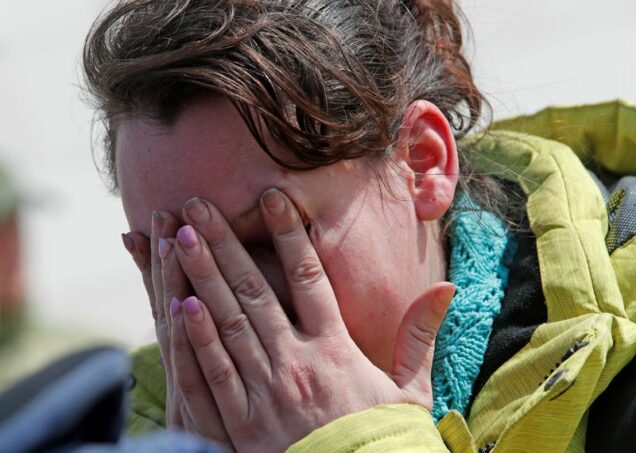 Natalia Usmanova said she felt her heart would stop while cowering in the labyrinth of Soviet-era bunkers far beneath the vast Azovstal steelworks.

She said she was so terrified as Russian bombs rained down on Mariupol, sprinkling her with concrete dust.

Usmanova, 37, spoke to Reuters on Sunday after being evacuated from the plant, a sprawling complex founded under Josef Stalin and designed with a subterranean network of bunkers and tunnels to withstand attack.

“I feared that the bunker would not withstand it – I had terrible fear,” Usmanova said, describing the time sheltering underground.

“When the bunker started to shake, I was hysterical, my husband can vouch for that: I was so worried the bunker would cave in.”

“We didn’t see the sun for so long,” she said, speaking in the village of Bezimenne in an area of Donetsk under the control of Russia-backed separatists around 30 km (20 miles) east of Mariupol.