I am pained by Lagos building collapse - Buhari 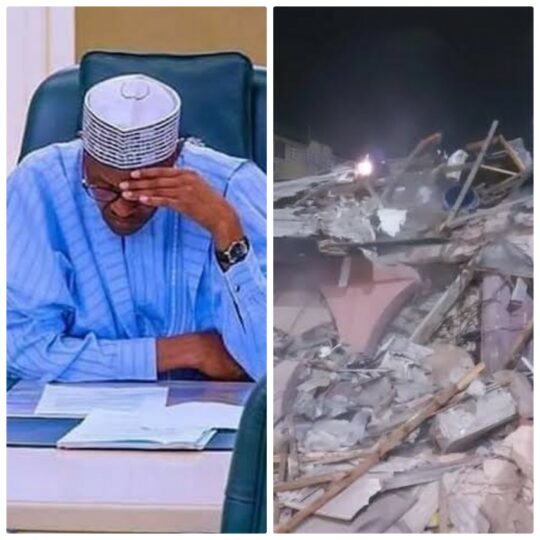 I am pained by Lagos building collapse - Buhari

President Muhammadu Buhari said he is pained by the collapse of a three-storey building in the Ebute Metta area of Lagos State.

Buhari stated this in a condolence message to families of those who died, sustained injuries, in the building collapse.

The president made his feeling known via a statement by his spokesman, Mr. Femi Adesina.

He saluted the courage and determination of the first responders, national and sub-national emergency agencies in Lagos State, and compassionate Nigerians.

Buhari noted that their immediate actions in the aftermath of the collapse of the three-storey building led to the rescue of several persons, including many children.

The President regrettably, noted that the frequency of building collapses in the country has become increasingly embarrassing.

He, therefore, urged the relevant state authorities to work closely with professional bodies to put a halt to these unfortunate but preventable incidents.

Buhari wished those injured a speedy recovery and prayed for divine assistance in the ongoing search and rescue operations.