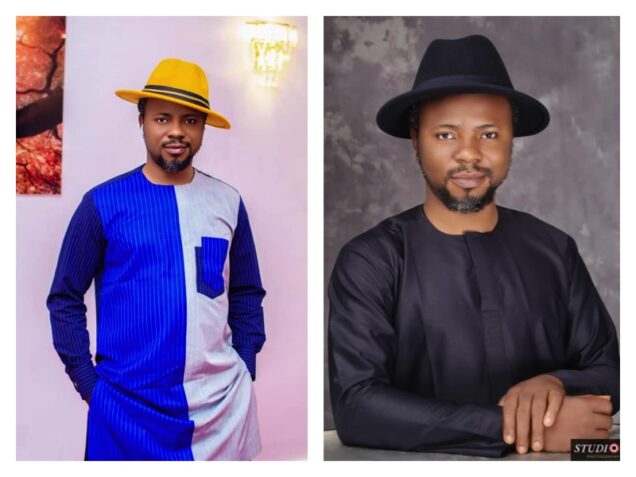 Ponzi scheme operator Maxwell Odum has vanished into the thin air after defrauding over 100,000 Nigerians of an estimated N213 billion or $511,590,216, according to CBN rate.

The Rivers state born crook is now nowhere to be found. He ceased posting on his Facebook on 19 November 2020, when he ran another disclaimer for another scammer ‘Maxwell Odums’, based in Lagos.

After the real Maxwell vanished, leaving his clients poorer, the EFCC declared him wanted in December 2021.

The agency accuses him of money laundering, Conspiracy and obtaining Money by false Pretence.

EFCC says Odum is a native of Ikwerre in Rivers State.

In the meantime, Odum’s depositors are wailing on his Facebook page, as they could not get their money back.

One of the victims, Grant Ogaga Etaghara who lives in Sapele, pleaded with Odum to return his principal sum of N1,100,000.

“I need the total capital that I deposited for investment in my bank account as soon as possible:, he wrote on Odum’s wall on Facebook.

He could well be addressing a stone. He started his investment in October. By November, Odum’s MBA failed to pay him his first ROI.

Ifunanya Elizabeth Ilechukwu, who reacted to Odum’s warning about another scammer said: There’s no difference between you and the scammer… Pay people that ROI or your refund their money… criminal”

Praize Favour another victim rained curses on Odum: “MBA, my blood will be on your head. I can’t get my treatments because you refused to pay me my money. I am undergoing kidney dialysis every week, but has stopped due to lack of money. If I die my blood will forever cry against you”, he wrote.

Frank Anthony who was still expecting some redemption of his capital also wrote:

“Good afternoon, my name is Mcanthony Francis With the email [email protected] . I invested a sum of #360,000 naira and currently the investment has expired over the 6 months. But I would like to withdraw the capital which I haven’t seen on my dashboard. Pls update it thanks and send it thanks…am using that your old online platform not this new migration one.

“And pls note there was an extra 3 days in this investment….I believe that there should be an extra sum to the capital return”.

Hope Ayibo Duke discovered too late she had been fleeced as she begged for the return of her money.

“Oga I don’t want to do again please give my money back I want to pay bill if anything happens to me Nigeria should hold Maxwell Odum and his team responsible.”

When many customers suspected they had been scammed, Odum sent an online message, blaming the internet for some of the problems being encountered by the customers. 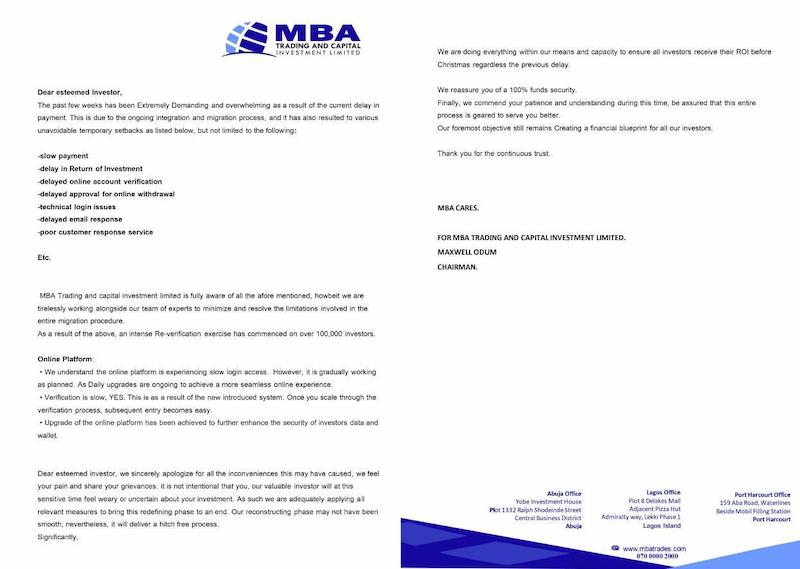 Value Obinna does not pity the lamenting victims, blaming them for being greedy.

He wrote: “The reason for getting a fast and doubling money in the name of ROI or ROP as a means of one’s investments has landed many into untimely death, illness and unrecovered shocks.

“How can you handover your money to an individual to give you 5times of your investment within a very short period of 3 to 6months???

“That is the highest height of greed, when you can buy and resell gold, landed properties, invest in interstate transportation, filmmaking and entertainment in general Or still, open a personal business of yours and invest your capital on it and watch it grow”.

The EFCC has asked Nigerians who have information on Maxwell Odum to call all its offices in Benin, Kaduna, Ibadan, Sokoto. Gombe, Maiduguri, Makurdi, Ilorin, Enugu, Kano, Lagos, Gombe, Port Harcourt and Abuja.

Contact can also be made through its e-mail address: info efcenigerin.org or the nearest Police Station and other security agencies”, Uwujaren said.

The victims of Odum in Akwa Ibom have formed a Facebook group to share information and monitor EFCC’s efforts.

Coordinator of the group, Offor Okorie said in a post on 20 March that the first list of Maxwell Odum’s victims has been compiled for the EFCC.

“We MBA investors in Nigeria have submitted the first phase of investors bank details and statements of account as required. We are now in the seconnd phase of collation”, Okorie said.

However, some investors are getting anxious and impatient that the crook called Maxwell Odum has not yet been arrested by EFCC.

“Is like EFCC has colluded with Maxwell Odum to embezzle our money because, since Maxwell Odum was declared wanted, he hasn’t been arrested. This country is a very corrupt one but God will disappoint him & the police”, said Mackson Mackson.