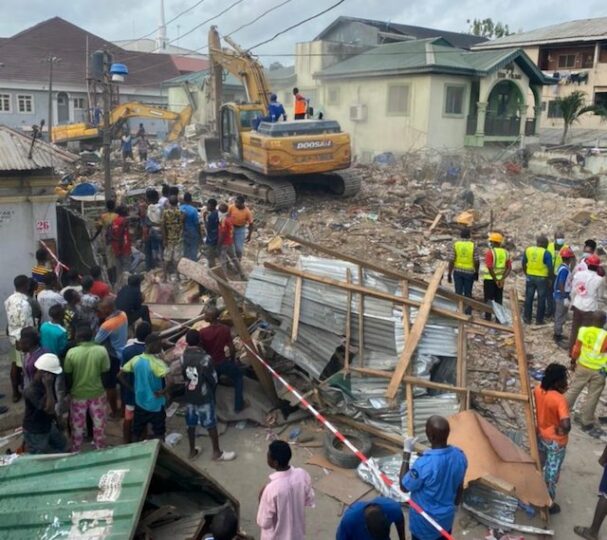 The death toll in the collapsed Ebute-Meta three-storey building has risen to eight, National Emergency Management Agency (NEMA) said in its latest update.

An old three-Storey building collapsed at 24 Ibadan Street, off Herbert Macaulay Way, Ebute-Meta on Sunday night at about 9.30 p.m.

So far, 23 occupants of the building have been rescued.

Rescue operations are ongoing at the site, in search of other occupants trapped under the rubble.