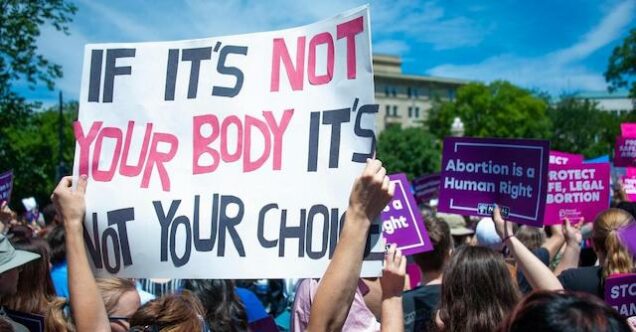 U.S. President Joe Biden on Tuesday appealed to voters to protect abortion rights by backing candidates who support them in November’s elections.

He spoke after a leaked Supreme Court draft showed it could soon overturn its 1973 decision legalizing abortion.

Biden said his administration would respond once the Supreme Court formally rules but stopped short of calling for more radical changes – including a push to have the Senate change its rules to allow a simple majority to pass a law guaranteeing access to abortions.

The Senate is split 50-50 between Republicans and Biden’s Democrats, with Vice President Kamala Harris able to break any tie.

A draft Supreme Court decision, leaked late on Monday, showed a majority of justices prepared to overturn the 1973 Roe v. Wade decision that protects abortion rights. The court on Tuesday confirmed the authenticity of the leaked document. read more

The ruling piles more pressure on Biden, who is already grappling with the U.S. response to Russia’s invasion of Ukraine and efforts to tamp down high inflation at home.

Former President Donald Trump, who had promised to appoint justices who would overturn abortion rights, was able to seat three jurists during his four-year term, giving the court a 6-3 conservative majority.

Biden on Tuesday pressed voters to send more candidates to Congress who support women’s rights to choose to get abortions.

“If the Court does overturn Roe, it will fall on our nation’s elected officials at all levels of government to protect a woman’s right to choose. And it will fall on voters to elect pro-choice officials this November,” Biden said in a carefully-worded written statement drafted with top aides.

“At the federal level, we will need more pro-choice Senators and a pro-choice majority in the House to adopt legislation that codifies Roe, which I will work to pass and sign into law.”