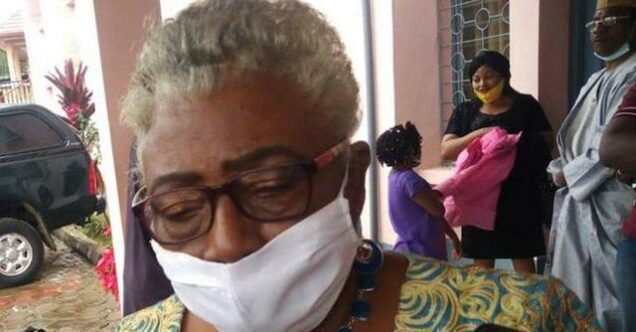 Senator Elizabeth Regina Mundi has been kidnapped by gunmen along with her driver in Cameroon’s troubled anglophone northwest.

She was said to have been ambushed at Foncha Street in Bamenda and taken off her Prado Jeep to an unknown destination.

Mundi is a member of President Paul Biya’s ruling party

“Elizabeth Regina Mundi was kidnapped late Saturday morning by terrorists in Bamenda,” capital of the northwest, a senior official with the region’s governor told AFP.

He said two wings of the separatist Ambazonian Defence Forces (ADF) had claimed responsibility for the abduction. Ambazonia is the republic the rebels would like to proclaim after independence.

One called for the release of some of its detainees, the other sought a ransom, he added, asking to remain anonymous.

“The senator was going from Bamenda to her village for a funeral, the separatists kidnapped her and her driver on the road,” said a regional army official, confirming both demands.

A video on social media, dated Saturday and verified by the senior regional official, shows Regina Mundi clearly forced to read a statement in English calling for the independence of the Ambazonia republic.

She is from the northwest and is a member of the politburo of Biya’s Cameroon People’s Democratic Movement (RDPC).

The “Ambazonians” carry out frequent kidnappings, usually of civil servants, and some are killed. Church leaders and politicians have also been aducted, but mostly later freed.

In January, the bullet-riddled body of opposition senator and lawyer Henry Kemende was found in Bamenda.

The authorities accused the separatists of his murder but no one claimed responsibility.

Cameroon’s northwest and southwest are populated mainly by the anglophone minority in the predominantly French-speaking country.