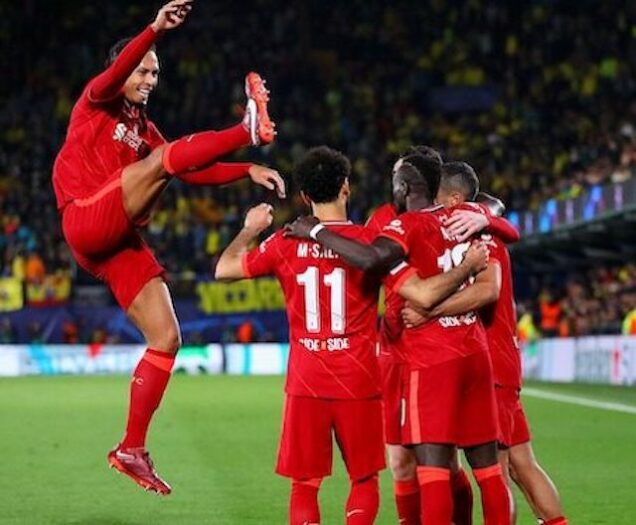 Liverpool are through to the UEFA final in Paris, for the third time under manager Jurgen Klopp, beating Villarreal 5-2 on aggregate.

But the feat almost didn’t happen as they lost their two goal lead recorded in the first leg, within 41 minutes.

Boulaye Dia first reduced the Villarreal deficit in the third minute, slotting a goal, following a pass by Etienne Capoue.

Liverpool henceforth became nervous with the barrage of attacks by the Villarreal forward.

It took another 38 minutes for the hosts to produce the equaliser with a header arising from a set piece by by Capoue again.

In the second half, Liverpool appeared to have exorcised their demons, as they played better.

Central midfielder Fabinho put the visitors ahead in the 62nd minute.

Substitute Luiz Dias scored the second goal, five minutes after to level the scoreline in the second leg and give Liverpool an unassailable 4-2 lead aggregate.

But there was still more to come as the resurgent Reds compounded the misery of Villarreal with Sadio Mane dribbling the keeper to slot in the third goal.

Liverpool The Premier League side had won 2-0 in England last week and followed it up with another victory on a rain-soaked pitch in Spain, despite falling 2-0 behind.

Liverpool will meet either Real Madrid or Manchester City, who contest the second leg of their semi-final on Wednesday, in the showpiece in Paris on May 28.