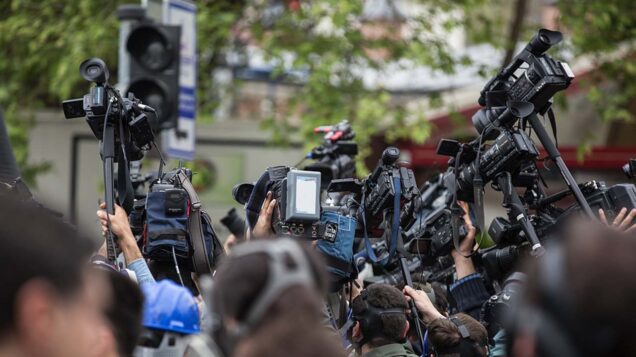 The Nigeria Union of Journalists (NUJ) Zone B has called for more policies to protect Nigerian journalists against all forms of attacks.

Mrs. Ronke Samo, Vice President of the Zone, made the call in a statement to mark the year 2022 World Press Freedom Day (WPFD) on Tuesday in Ado-Ekiti.

She noted that this year’s celebration of the WPFD, tagged: “Journalism under digital siege,” was very relevant and timely.

She saluted journalists all over the world and more importantly in Nigeria for remaining resolute, hard-working and undaunted in the face of myriads of challenges confronting the profession.

The NUJ boss said findings by reliable monitoring bodies ranked Nigeria among nations that presented a hostile environment for reporting.

She urged journalists not to relent in their efforts to ensure that the society was properly, truthfully and broadly informed in a most professional way, in spite of the hostility and threatening environment.

According to her, such an undaunting gesture will not only free the society but also defeat the enemies of progress in the shortest possible time.

Samo identified with reporters in this age of digital hostility against the profession and urged them not to lose focus but continue to be resolutely professional.

“Today marks the celebration of our struggle for the freedom of the press and we must rejoice, even in the face of daunting challenges.

“This is because we have actually been winning the war against several attempts and actions by the hostile stakeholders to gag the press.

“The freedom of the press ensures justice, fairness and true freedom of any society and scares away evildoers.

“The foregoing shows that our common enemy as Journalists today is the challenge we are facing with being under a digital siege.

” We urge our colleagues to be discreet and professional in performing their duties, to avoid possible pitfalls.

“We equally urge the state to urgently formulate policies and put in place frameworks that would protect the Press from the emerging threat from advancement in digital technology.

“This should be done in a most patriotic manner because of the fact that a truly free press will bring progress, fairness, justice, and true freedom to our society,” she said.