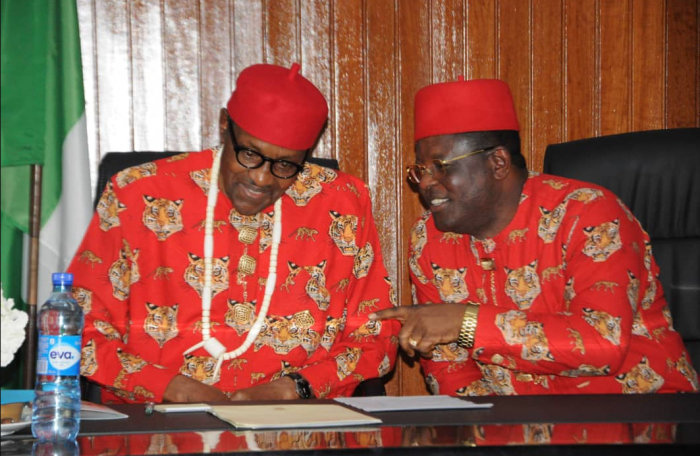 The Police Command in Ebonyi has warned that all outlawed groups operating in the Southeast would not be allowed to endanger the lives of the people or disrupt proceedings during the visit of President Muhammadu Buhari to the state on Thursday.

The Commissioner of Police in Ebonyi state, Aliyu Garba said this while assuring citizens and visitors to Ebonyi of adequate security during the visit of the President

Garba briefed journalists after his meeting with heads of security agencies in Ebonyi state.

The Police Commissioner said that modalities had been put in place to ensure a hitch-free visit of the president to the state.

“All proactive measures have been taken to ensure the safety of all citizens and visitors to the state during the visit.

“The command has the capacity to deal decisively with anyone or groups who would forment trouble during the visit.

“The synergy existing between the police and other security agencies would be brought to fore during the visit as they are equally ready to ensure adequate security,” he said.

He said that all outlawed groups operating in the zone would not be allowed to endanger the lives of the people or disrupt proceedings during the visit.

“Ebonyi has effectively checked the activities of outlawed groups and this can be attributed to the proactive way we managed such situations.

“The state has been and will continue to be calm as we will deal decisively with them if they engage in any disruptive tendency during the visit,” he said.

Garba noted that the heads of security agencies discussed extensively concerning the visit and would leave nothing to chance to achieve success.

“The public should have absolute confidence in the security agencies and provide useful information to aid our duties.

“We further urge the public to be law-abiding and be assured that their rights would always be protected,” he said.

NAN reports that President Buhari is expected to inaugurate some projects during his one day visit to the state. (NAN) (nannews.ng)