Education minister Nwajiuba how did you get N100m? ASUU blows whistle 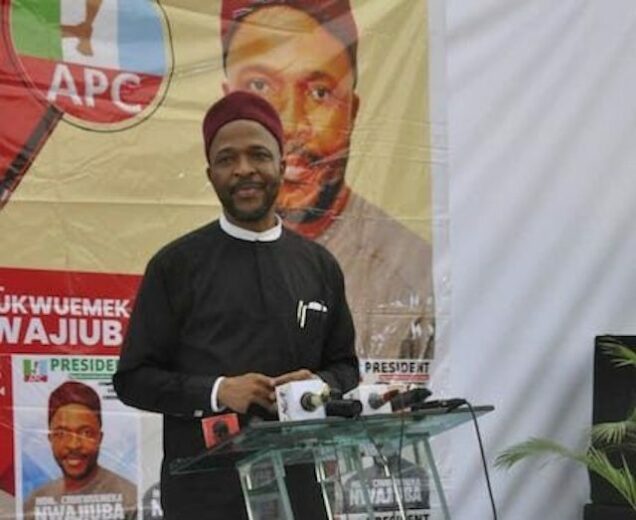 Minister of State for Education and presidential aspirant of the All Progressives Congress, Chukwuemeka Nwajiuba, should by now be chatting with the either the EFCC or the ICPC on the sourceof the N100m he paid for his nomination forms.

Chairperson, ASUU Federal University, Otuoke, Bayelsa State, Socrates Ebo, said this in an interview with newsmen in Yenagoa on Tuesday.

Ebo said Nwajiuba owes Nigerians an explanation on how he came about the money.

According to Ebo, in serious climes, Nwajiba should be making some explanations to anti-graft agencies.

”It is a shame that a serving junior minister of education will boldly declare that he is starving university lecturers all over the nation for daring to ask that the education system in the country be improved.”

“Truly, you can’t shame the shameless. Since when has demanding for the improvement of education in the country become an offence? This is a very sad low in the annals of our country. Indeed, charlatans have taken charge of our affairs.

“The minister of education should be educated that lecturers’ duties include: community service, teaching and research. As we speak, lecturers all over the country are engaged in research and community service.

“The strike is a last resort in the attempt to make a reason-deaf government to improve facilities in our public universities, pay lecturers a living wage and stop the frittering away of the nation’s dwindling resources through IPPIS. What part of this demand is crime?

“The minister who is putting up a show of pretending to attempt to lead the country should rather tell Nigerians how he came by a whooping sum of N100m to purchase his party’s nomination form when his legitimate salary is less than a million naira in a month.

“If this were a serious country, he should be making some explanations to ICPC and EFCC by now. Unfortunately, we are in a season of absurdities. Those who previously declared that no serious government would ever allow lecturers to go on strike are now not only forcing lecturers into strike but are also starving them on top of that. What an irony of history! It is well with Nigeria!”

ASUU members have been on strike since February 14, 2022.