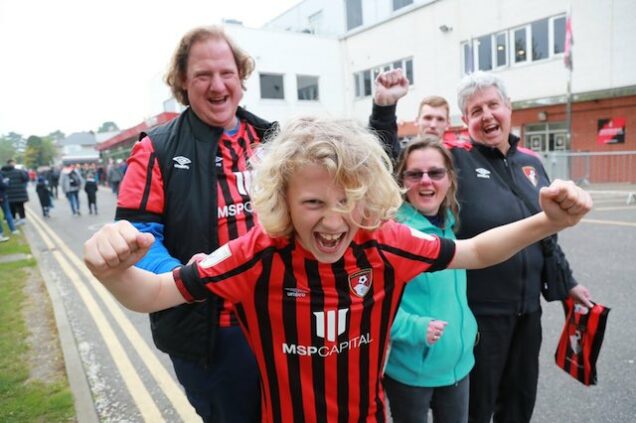 AFC Bournemouth have earned promotion to the Premier League with a 1-0 home win over Nottingham Forest in the second-tier Championship on Tuesday, sealing up second-place with one game to spare.

Bournemouth, together with Championship title winners Fulham, secured automatic promotion and will return to the Premier League after two years while Forest will go into the playoffs for the final spot.

Striker Kieffer Moore broke the deadlock in the 83rd minute, sidefooting powerfully home after Philip Billing found him with a clever free kick having shaped to shoot.

“We locked eyes and just saw the space. Thankfully Phil (Billing) played me the ball and the rest is history,” Moore told reporters.

Bournemouth got off to a good start, creating their first chance after a couple of minutes but Forest keeper Brice Samba denied midfielder Billing.

Forest striker Sam Surridge found space in the ninth minute after a brilliant long-range cross from defender Djed Spence but he smashed his finish against the crossbar.

Both sides created further chances in an attacking first half, which ended goalless.

After a slow start to the second period, Bournemouth got on top, but Forest held firm until Bournemouth defender Jordan Zemura won the decisive free kick on the edge of the box.

“I’ve not really slept this week. The first-half was emotional. Then we had a moment of magic from Kieffer (Moore) and we’re in the Premier League,” winger Ryan Christie told reporters.

Bournemouth will finish the season at home to eighth-placed Millwall on Saturday when Forest travel to 18th-placed Hull City.