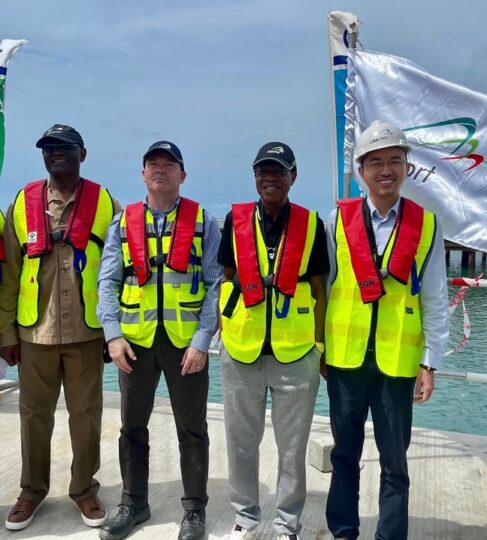 The Minister of Information and Culture, Alhaji Lai Mohammed, on Wednesday said that, the Lekki deep seaport would create 170, 000 jobs to boost the nation’s economy.

The Minister, made the assertion in Lagos during a routine tour of the port, said that, the port project was critical to the nation’s economic development .

“We have just concluded a tour of the Lekki Deep Sea Port here at the Lagos Free Zone, located some 65 kilometres east of Lagos.”

The Minister described the port as a game changer for the nation’s economy, said that, the visit was the second the Federal Government has made to the area within a month because of the premium the administration attached to the project.

He also said that the FG delegation was at the Dangote Petroleum Refinery, Petrochemicals and the Dangote Fertiliser in April.

“We are here again, we have seen for yourselves, the Lekki Deep Sea Port, a Build, Own, Operate and Transfer concern, is a massive project, a game changer and a pace setter.

“It is the deepest sea port in Nigeria and West Africa, and that in itself is a unique advantage. It covers a land area of 90 hectares and it has a concession period of 45 years.

” I called it a game changer because of the impact it will have on the nation’s economy and the jobs it will create, among others. The investment is huge: 1.53 billion dollars on fixed assets and 800 million dollars on construction.

” But the aggregate impact has been put at 361 billion dollars in 45 years, which will be over 200 times the cost of building it. In addition, it will create 169,972 jobs and bring revenues totaling 201 billion dollars to state and FG through taxes, royalties and duties.

“The direct and induced business revenue impact is estimated at 158 billion dollars, in addition to a qualitative impact on manufacturing, trade and commercial services sector.

“Beyond that, when it begins operation in the last quarter of this year, it will make it possible for Nigeria to regain the maritime business that was lost to ports in Togo, Cote d’Ivoire and Ghana.

“It is also a big boost to Nigeria in its quest to take advantage of the implementation of the African Continental Free Trade Agreement (AfCFTA).

“A major advantage we have to leverage is transshipment. With this port, Nigeria will become a transshipment hub and the revenue we are currently losing to our neighboring countries will come here. That’s big,” he said.

He expressed satisfaction on the level and quality of work on the port, said that the project was done in phases, saying Phase 1 has reached 89 per cent and would be completed September 2022.

He said that the facilities in the port were first class. We have 7 ship to shore cranes and 21 RTG cranes.

“Present ports in Nigeria do not have the facilities here. The excellent equipment would support the port to do 18,000 Twenty Equipment Unit (TEU), that would be four times the number currently be handle by our other ports,” he said.

He commended the project managers for a good job, noted that the project was self sufficient in required electricity.

The minister said that it would generate up to 10 Mega Watts and tie total capacity is 16 mega watts.

He said that the port was another example of the first class infrastructure being developed across the country by the President Mohammadu Buhari administration to bolster the nation’s economy, while creating needed jobs for youth.