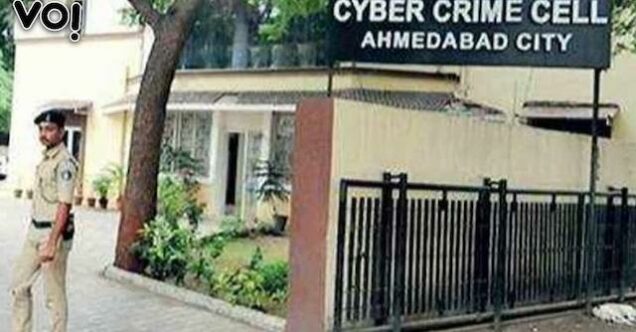 A Nigerian Chinedu Anumole has been arrested in India for duping 13 people of $66,000 or Rs 2.75 crore, pretending to export herbal extract.

Anumole, who lives in Mumbai, was arrested Wednesday, along with an Indian accomplice by the Ahmedabad Cyber Crime Cell.

The Nigerian who is 39 and from Lagos was arrested with Rakesh Kashyap, 37, a resident of Navi Mumbai.

They are being detained at Ahmedabad. The police explained their modus operandi, according to a report by the Indian Express.

“An Ahmedabad-based complainant had approached us stating he received an advertisement on his Facebook regarding a company in Poland requiring Anigra liquid extract, a herbal product.

“The accused offered 20 per cent commission to the complainant and also bought one litre of the extract worth Rs 1.18 lakh from him.

“After gaining his trust, the accused placed more orders of the extract and later duped him of Rs 8.18 lakh ,” said an official of Ahmedabad Cyber Crime Cell.

“We have seized six mobile phones and several litres of herbal extract from the accused.

“Their modus operandi was to connect with people on social media and seek their interest in doing business with a fake Poland-based company.

“The accused used to gain trust by sending them money for the first consignment.

“Later, in the name of various surcharges, the accused made them deposit sums of money in different bank accounts as guarantee fee,” said the official.