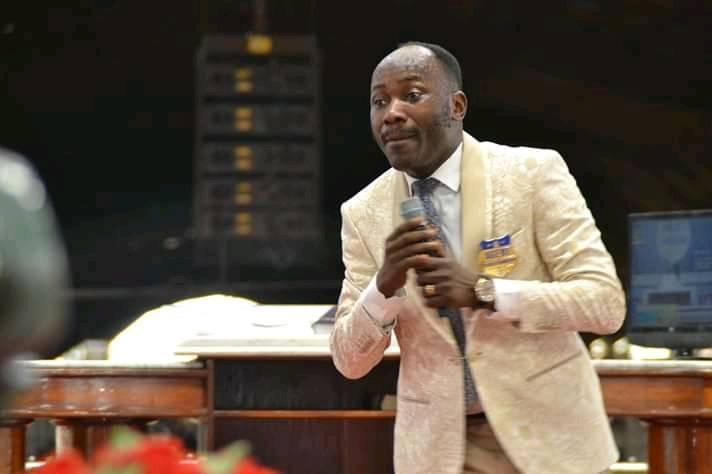 The Indigenous People of Biafra, IPOB, has warned Apostle Johnson Suleman to steer clear of Biafra nation matters or face the consequence.

IPOB, in a statement by its spokesman, Emma Powerful said its attention had been drawn to the unprovoked verbal attack and ranting by Apostle Suleman against IPOB and the enterprising Igbo nation.

It said it was a puzzle that a man of God would abandon his calling and resort to attacking a nation without any cause.

“When has unguarded utterance against IPOB and the Igbo nation become part of Suleman’s calling? We don’t intend to join issues with Apostle Suleman and his likes such as Tunde Bakare but our message to them is very unambiguous: They should steer clear from any matter concerning IPOB or the great Igbo race.

“Let them concentrate on their apostolic calling and restrain from unguarded utterances or vituperations on subjects beyond them.

“We warn Apostle Suleman and his likes to restrain from any comments on IPOB or Igbo nation as that will not be tolerated any more.

“We don’t want to have issues with any man of God, and men of God should know their limits. Men of God in the bible days were never known for controversies,” the group warned.