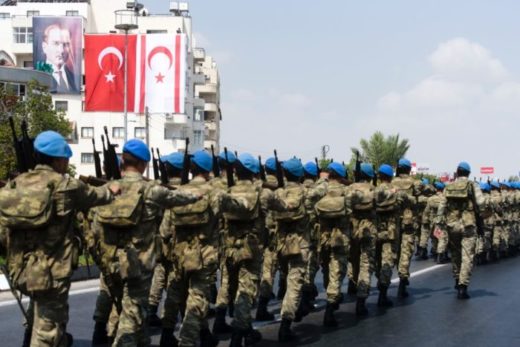 This happened after a Turkish soldier was killed in a missile attack in the area, the defence ministry said on Wednesday.

Turkish authorities often use the term “neutralise’’ to imply “terrorists’’ were killed, wounded, or captured in security operations.

The tension between YPG and the Turkish military quickened after the YPG attacked a police checkpoint in Mare.

Mare is a settlement in the Operation Euphrates Shield zone with anti-tank weapons on April 22, killing one Turkish police officer.

Turkish forces and the YPG members often exchange fire on the Syrian border.

Turkish authorities said the operations aimed to eliminate terror threats against Turkey and provide a safe zone that would facilitate the return of Syrian refugees to their homes.

Ankara sees the YPG as the Syrian branch of the outlawed Kurdistan Workers’ Party (PKK).

The PKK, listed as a terrorist organisation by Turkey, has been rebelling against the Turkish government for more than three decades. (Xinhua/NAN)