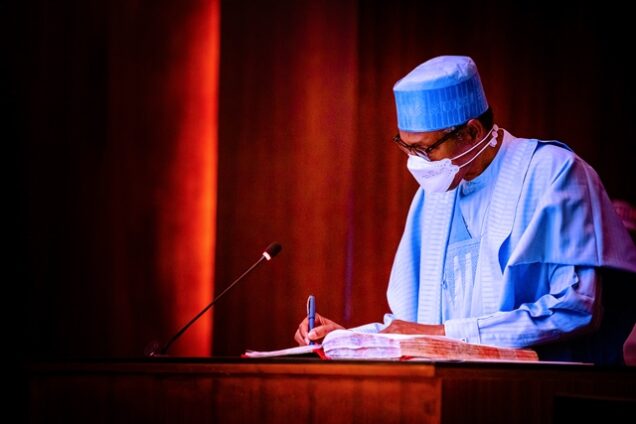 The Unity Advocacy Group, UAG, has lauded the acknowledgment of the successes recorded by the military in the ongoing fight against Boko Haram and other terrorist groups by President Muhammadu Buhari in his recent Eid- el-Fitr message to Nigerians.

The Convener of the group, Mr. Ifeanyi Aigbedion in a statement on Thursday, said the President’s message had shown presidential approval of the efforts of the Armed Forces of Nigeria.

Aigbedion said that President Buhari in his message declared that the battle waged against the terrorists who were falsely masquerading under the name of Islam was approaching its conclusion.

He quoted Buhari as saying, “the fight has been long and hard. Final victory is within sight. Boko Haram and its offshoots’ final embers are now fading”.

The group’s leader said that Buhari acknowledged that thousands of Boko Haram/ISWAP fighters had surrendered to troops since the beginning of the year and the killing of ISWAP leaders in airstrikes.

He also said that territories hitherto occupied by the terrorists were currently seeing the return of those displaced from their homes, with normalcy finally beginning to return to the Northeast.

Aigbedion said that Buhari had commended the efforts of the military in the fight against terrorism in North West and North Central, as well as other areas with criminal activities across the country.

He urged Nigerians to continue to support the armed forces to be able to bring an end to the prevailing security challenges, adding that security was everyone’s business.

“We urge Nigerians to support the armed forces of Nigeria who have continued to make sacrifices for the good of our country, especially now that we are approaching the 2023 general elections,” he said.