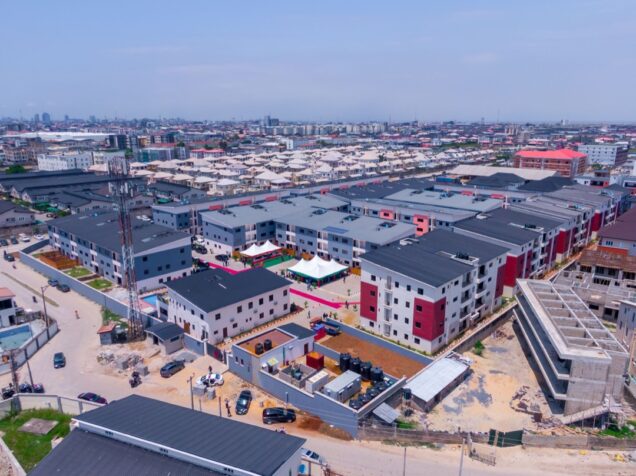 The Nigerian Government has completed about 6,000 housing units across the country.

The Minister of State for Works and Housing, Malam Mu’azu Sambo confirmed the development.

According to him, the houses are funded by the Federal Housing Authority (FHA) and the Federal Mortgage Bank of Nigeria (FMBN).

Sambo told the News Agency of Nigeria (NAN) in New York that Nigerians home and abroad should buy the houses, which are sold on the Federal Ministry of Works and Housing portal.

“These houses are reasonably affordable to most Nigerians and if they are not able to pay immediately, we encourage them to approach FMBN and open an account with the Bank.

“Interested Nigerians could open an account with FMBN or any of the primary mortgage institutions, especially if they contribute to the National Housing Fund.

“The houses are sold on the portal because we want to be transparent. Nigerians are advised to go online, look at the houses they like, and in any state and apply.’’

Sambo told NAN that 700 units out of the 6,000 units would be inaugurated in Zuba in May, adding that one of the priorities of President Muhammadu Buhari- lead administration is to provide social houses.

“The government priority is social inclusion, which targets the reduction of poverty and enhancing the livelihood of poor people by building houses that will give them comfort, shelter, and sustainability.

“For instance, we don’t want to build a house that is expensive and difficult to maintain. Our intention is to meet the requirement of the Constitution, which is the right to shelter for every Nigerian,’’ he said.

In addition, the minister said the Government was working to deliver 900 housing units under its National Housing Programme (NHP) in 35 states across the country.

“Almost all the states are in phase three. In each state, they are not less than 100 houses, and we are looking at 300 houses in three phases.

“Some of them are being commissioned but we are going to commission that of Taraba this month,’’ he said.