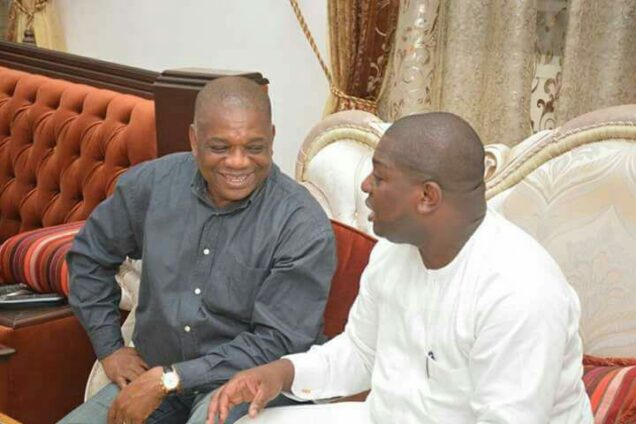 Mascot Uzor Kalu, the brother of Senator Orji Uzor Kalu, has dumped the All Progressives Congress despite the pleas of Sen. Abdullahi Adamu and Ahmad Lawan.

The Chief Whip, however, noted that he was not aware of his brother’s moves and was not part of the mission.

Orji Kalu said, “I have received several calls from friends, associates, political stakeholders, and leaders of thoughts seeking my opinion on the defection of my brother, Mascot, from the APC to Action Peoples Party, APP.

“Sincerely, the National Chairman, two Deputy National Chairmen of our great party including the Senate President persuaded him to remain with the APC but he declined.

“I was surprised to hear that he alongside other stakeholders launched the new party, Action Peoples Party, APP, yesterday, in Umuahia without informing me.

“Well, I don’t have any issue with my brother; he has the right to take a decision on his political future, and, as a democrat, I acknowledge his right to determine his political affiliation and wish him well.

“I remain the Chief Whip of the Senate and a committed member of the All Progressives Congress, APC.”