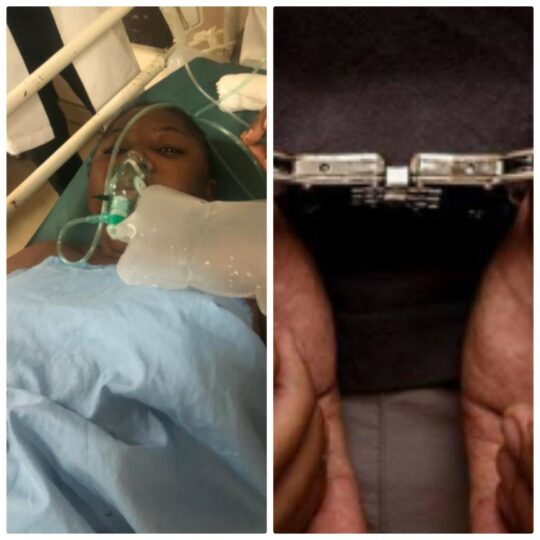 The lady knocked down by John Greg

John Greg, a middle-aged Lebanese, has been arrested in Lagos after he allegedly drove against traffic, knocked down a pedestrian, and escaped.

The police spokesman in Lagos, SP Benjamin Hundeyin, confirmed the arrest on Thursday.

According to Hundeyin, Greg on May 4 at about 7.45 a.m. drove a Toyota 4Runner recklessly and against traffic on Sanusi Fafunwa Road, Victoria Island.

He said the suspect knocked down one female, Omotomi Akinsanya, which resulted in serious injuries to her leg.

“He sped off but was chased and arrested. Suspect in our custody. Vehicle impounded and in our station.