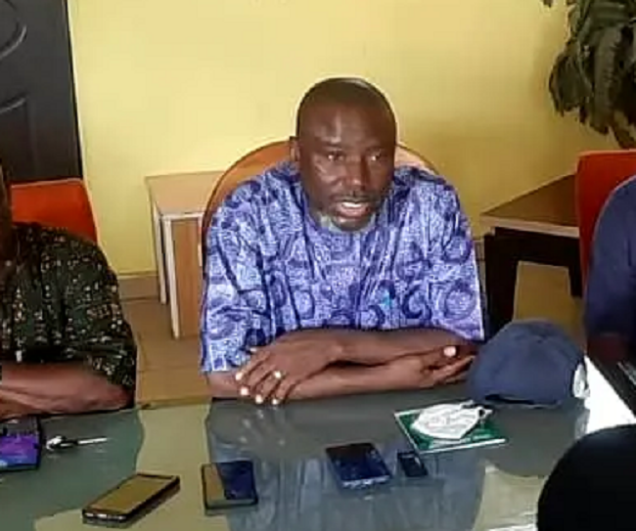 Former publisher of the Accord Newspapers, Mr Joseph Waya, has declared intention to contest the governorship of Benue on the platform of the All Progressives Grand Alliance APGA in the 2023 general elections.

Waya, who made the declaration at a news conference on Thursday in Makurdi, said his choice of the party was based on his deep-rooted conviction to provide leadership through an alternative political platform.

Waya, who advanced 10 reasons for choosing APGA over the other parties in the state, said they had all failed to meet the yearnings of the people.

He said it had become apparent that God wanted to chart a new beginning in the state and was looking for those who would be available as instruments to facilitate the process.

“God wants to do something new and great in our state and he needs us to act right.

” For 23 years since the return to civil democracy, we entrusted our lives, security, economy, destiny and future of our children in the hands of two governing parties, the APC and the PDP.

“We have gotten no positive results; we need a fresh start, a new agenda and a new vision to move the state forward.

” The APGA symbol of a cock, depicting both cultural and spiritual significance in the process of sacrificial atonement, is indicative of both a wake-up call and a new dawn.”

He said the cock also represented the sign of hope to signify a new beginning, stressing that the state was in dire need of a new lease of life.

Waya said he was prepared to take the state by storm in the 2023 general elections and was not intimidated by any political party.

” We have work to do; it is work that is achievable. I’m not driven by fear but by the divine will of God.

“Looking at the performance index of the party in comparison with other parties, there is a compelling reason to join it,” he said.

He also said the time had come for the people of the state to forge meaningful alliances with other parts of the country for the purpose of helping to secure their state from armed herders.

The aspirant assured the people that if elected as governor of the state, he would prove wrong the notion that government was not a good manager of businesses by turning around the fortunes of the moribund state-owned enterprises.

” I will prove to people that government can be a good manager of resources and businesses by bringing in investors on Public-Private-Partnership deals to revamp our ailing companies.

” We will not leave them to those investors but work with them to reposition the companies and establish new ones.

“We will revive the Otukpo burnt bricks company to produce blocks for our housing requirements in the state and beyond.”

Waya, a consummate business man, said the state had no business with poverty and with overdependence on revenue receipts from the Federal Government as it had all that was required to generate revenue for self sustenance. (NAN)
PD/IA