Zulum wins Governor of The Year for “courage in leadership” 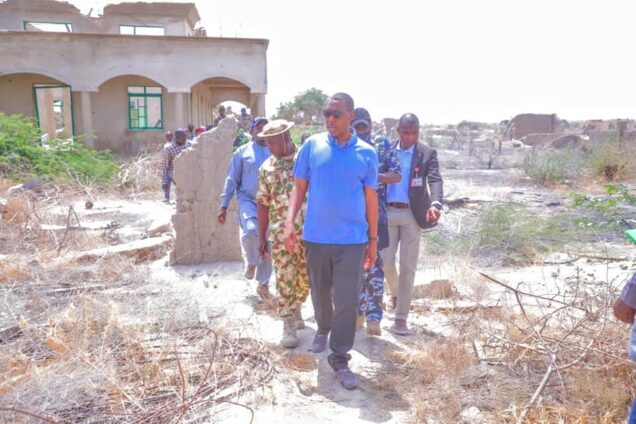 Zulum wins Governor of The Year for “courage in leadership”

Borno State Governor, Professor Babagana Umara Zulum will on Saturday, be conferred with The Sun Newspapers’ award as Nigeria’s Governor of the Year for “Courage in Leadership”.

Zulum will be honored at Eko Hotel in Victoria Island, Lagos, where The Sun newspapers holds its annual award night with prominent dignitaries from all over Nigeria, expected to attend.

In an earlier publication announcing the recognition, The Sun Newspapers wrote below:

“Governor Babagana Umara Zulum of Borno State exemplifies the quintessential leader whose courage and leadership qualities transform to excellence and glory. He has brought courage to bear in his various assignments and has amplified it as governor today, in a state with a high degree of insecurity.

“For a man who does not see himself as a politician, his style and activities in government remain an inspiration. The daunting challenge of the Boko Haram insurgency did not subdue his courage. Today, his imprints dot the entire landscape of the state.”

“In his “10-pact Transformation Agenda, he undertook 375 projects, beefed up security across the length and breadth of the state with over 300 patrol vehicles, established a Security Trust Fund, instituted a rapid security response team, provided a special protection component for farmers tagged Agro-Rangers, procured security gadgets and motivated security men.”

“Zulum, against all odds, has maintained regular visitations to high-risk security areas for citizens’ “needs assessments,” among others. Not dithered by security concerns, he also constructed 6,544 suburban and low-cost houses for the resettlement of internally displaced persons and refugees. He established 21 new schools, 37 new primary healthcare centres and rehabilitated roads as well as the state’s first flyover in Maiduguri, the state capital.”

“Also council secretariats, lodges, police stations, courts and palaces of resident traditional rulers were built in addition to 213 new boreholes, 18 electrification projects, eight agricultural projects, and seven vocational skills and entrepreneurship development. These people-oriented projects have restored hope to the traumatized people in the midst of adversity. They are like a soothing balm to the morale and psyche of the people battered by insurgency.”

“For his courage to dare, in the midst of Boko Haram insurgency, he is the winner of The Sun Courage in Leadership award.”