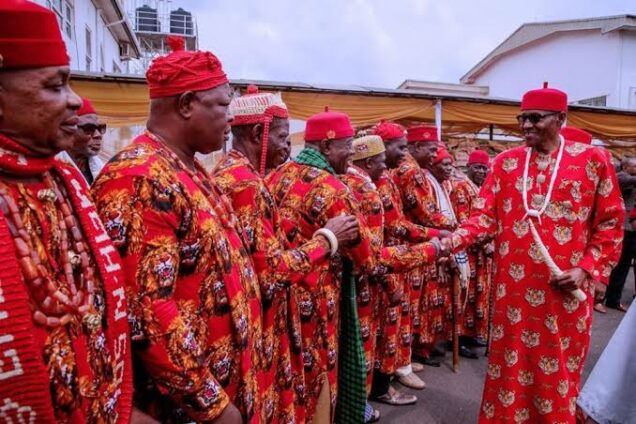 President Muhammadu Buhari met with Ohanaeze Ndígbo and other South-East leaders on Friday.

During the meeting, the leaders in the South East appealed to the president to release the detained leader of the Indigenous People of Biafra (IPOB), Nnamdi Kanu.

The Chairman of the Christian Association of Nigeria (CAN) in the South East, Reverend Father Abraham Nwali, made the plea on behalf of the southeast leaders.

He said: “We plead for a political solution that as a father; a kind father, a forgiving father, to grant Nnamdi Kanu freedom. We say that he should be granted pardon.

“And we call on all agitators to cease all forms of hostilities and rather demand a nation where the plights of the poor, the weak, the oppressed will be addressed.”

However, President Buhari did not give a response on whether he would consider the request of the Igbo leaders or not.