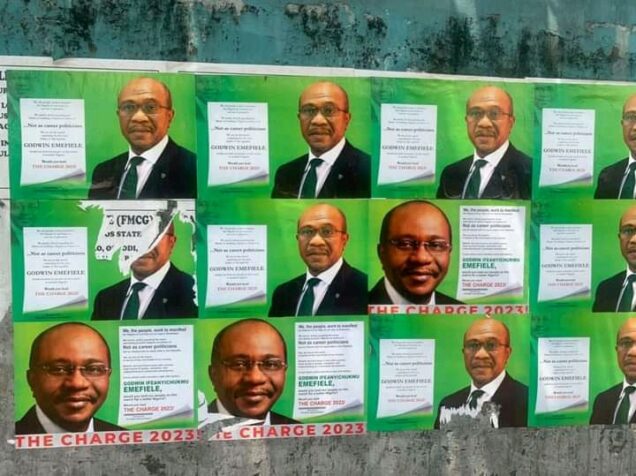 The Governor of the Central Bank of Nigeria (CBN), Godwin Emefiele has joined the 2023 presidential race after purchasing N100 million nomination and expression of interest forms from the All Progressives Congress (APC).

He reportedly paid N100 million for the nomination and expression of interest forms on Friday, at the International Conference Center, Abuja venue of the sale of forms.

Emefiele’s decision to run for the office of the president in 2023 follows months of speculations regarding the political aspiration of the Agbor, Delta State-born former Managing Director of Zenith Bank.

This is coming weeks after the CBN governor had warned interest groups not to drag him into partisan politics, saying he was focusing more on fixing Nigeria’s monetary policies and aligning them with the federal government’s fiscal policies.

He had earlier met with President Muhammadu Buhari and told State House Correspondents that he is gunning for the president.