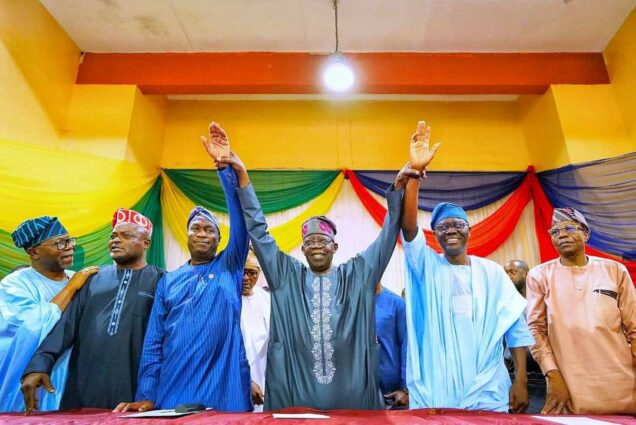 The APC presidential aspirant formally raised the hands of Sanwo-Olu and Hamzat, endorsing them for another term in office contrary to insinuations that he is still favouring some other people.

The Lagos APC also endorsed Sanwo-Olu and his deputy for a second term in office ending speculations of another aspirant being secretly pushed forward.