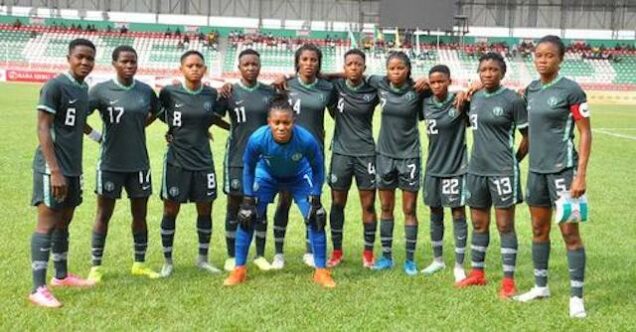 Nigeria’s Falconets have been drawn alongside France, Canada and Korea Republic in Group C of the FIFA Under-20 Women’s World Cup scheduled for Costa Rica in August.

Also, at Thursday’s draw held at the Teatro Nacional in the central American country’s capital city of San Jose, title-holders Spain were placed in Group A.

They have hosts Costa Rica, Australia and Brazil to contend with in the group stage of the competition slated for Aug. 10 to Aug. 28.

Ghana, Africa’s other flag bearers, are up against Japan, The Netherlands and three-time champions U.S. in Group D.

Germany, who have also won the competition three times, including 2010 and 2014 when they beat Nigeria in the finals, will face Colombia, New Zealand and Mexico in Group B.

All group phase and quarter-final matches will be played at the Alejandro Morera Soto, which is a hybrid of natural and synthetic grass, called stitched grass.

The semi-finals, third-place and final matches will take place at the Estadio Nacional.

Nigeria finished top of a group involving Korea Republic at the 2014 championship in Canada, beating the Koreans 2-1 in a group phase match.

France finished in third place at the same competition, with Nigeria finishing as runners-up.